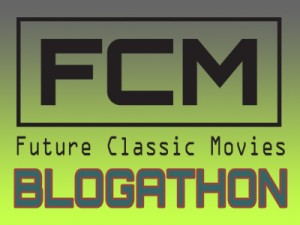 Note: This post is part of the Future Classic Movies Blogathon monitored by Paula Guthat who writes and manages Paula’s Cinema Club blog.


The Hunger Games was one of the most anticipated film releases of 2012. Based on the young adult novel by Suzanne Collins, it is the story of Katniss Everdeen (Jennifer Lawrence), a 16-year-old girl coming to grips with life, love, and survival in the country of Panem, a post-apocalyptic world that once comprised the countries of North America. The Hunger Games is a modern film in almost every sense of the word, except one. Rather than focus wholly on action and special effects—and it has both aplenty—the film is rather old-fashioned in it’s narrative style and in its character development.

Character is king (or queen)
The film spends time acquainting us with Katniss. She lives in District 12, one of a dozen districts that surround the Capitol of Panem.We discover that her father died in an accident in the district and that her mother never fully recovered from that event. Katniss is, in many respects, the head of the family, caring for her mother and younger sister, “Prim” Primrose. A sharpshooter with a bow and arrow, Katniss hunts game with childhood friend and fellow district 12 resident, Gale (Liam Hemswoth). Director Gary Ross, uses flashbacks—a classic Hollywood device—to show us that Katniss is motivated by a strong sense of love and responsibility. She is very tender with sister Prim, comforting her in the days leading up to the reaping and tough with her mother when Katniss volunteers to take Prim’s place in the Hunger Games.

Realistic romance
There is romance in The Hunger Games, but it isn’t sappy or trite. Collins’s heroine is a complex one and the film explores Katniss’s desire for a relationship mixed with her fear of what that means in Panem. Can she really experience love and happiness in a country that sacrifices it’s children for sport and subjugation? Are her feelings for best friend Gale romantic love or something else? Can she give herself to Peeta (Josh Hutcherson), a boy she thinks is morally superior and too good for her? All the above dilemmas are typical in literally hundreds of movies, but The Hunger Games treats them seriously, refusing to dissolve into sentimentality. The violence, although realistic and graphic, isn’t gratuitous. It doesn’t detract from the overall narrative, but instead helps advance it. The film has some razzle-dazzle special effects, but again they support rather than overwhelm the story.

Golden Age storytelling
The Hunger Games benefits from all the technological wonders of 21st-century filmmaking, but what makes it hold up is it’s emphasis on the story. It has a beginning, a middle, and end and has more in common with classical cinema from Hollywood’s Golden Age—how about a strong female heroine for one—than it’s contemporaries. Many of today’s films rely on quick-edits, graphic violence, and special effects, passing them off as good storytelling. To be fair, The Hunger Games uses all of the above techniques, but as already stated, they advance the narrative instead of obscurring it.

Stronger heroine
The Hunger Games is a 21st-century film, no doubt about it. What makes it a modern classic in my eyes is its focus on story and characterization over special effects and showy techniques. Featuring a heroine that is strong and multifaceted, the film reminds us of a time when great roles for women were the norm, not the exception.

Posted by Stephen Reginald at 11:59 AM