A Letter to Three Wives (1949) is based on a novel by John Klempner. His novel was entitled A Letter to Five Wives. Writer-director Joseph L. Mankiewicz thought the novel was too long and would be difficult to transfer to the screen. So, he shortened it to four wives and then shortened it again to three. Mankiewicz adapted the screenplay with author and screenwriter Vera Caspary (Laura). 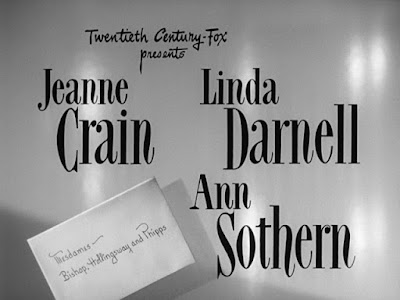 The plot revolves around three wives who, just before going on a boat ride and picnic with some disadvantaged children, receive a letter from a society friend named Addie Ross. In the letter, Addie says she’s run off with one of their husbands. While the women spend the afternoon volunteering, each looks back on her marriage and wonders if hers is the husband who ran off with Addie.

Is it Deborah Bishop’s (Jeanne Crain) husband Brad (Jeffrey Lynn)? Deborah, a poor farm girl, met her husband in the Navy during World War II. Somewhat insecure and naïve, she thinks Brad is attracted to Addie because she is beautiful and sophisticated. Is it Rita Phipps’s (Ann Sothern) husband George (Kirk Douglas)? Rita has a career writing radio soap operas, the quality of which, her schoolteacher-husband disapproves. She wonders if her job, which brings in some much-needed cash, is somehow intimidating to George and ruining their marriage. Is it Lora Mae Hollingsway’s (Linda Darnell) husband Porter (Paul Douglas)? Lora Mae is a girl literally from the wrong side of the tracks who tries her best to marry up by marrying her boss, in part, to help provide for her widowed mother (the wonderful Connie Gilchrist) and younger sister Babe (Barbara Lawrence). 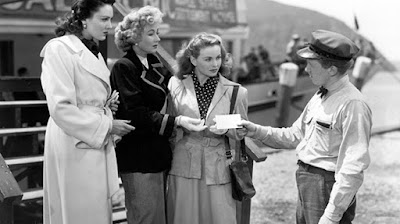 Like Mankiewicz’s All About Eve a year later, A Letter to Three Wives has witty dialogue delivered by a cast of pros. Crain, Sothern, and Darnell are all wonderful as the three wives, with Darnell a standout. As Lora Mae, Darnell has a tough exterior, but in many ways is more vulnerable than either Crain or Sothern.

For Joseph L. Mankiewicz, 1949 was an extraordinary year. Not only did he win the Academy Award for Best Director, but he also won for Best Writing as well. Writing and directing was something Mankiewicz had always wanted to do and A Letter to Three Wives showcases Mankiewicz at the height of his creativity.

Stephen Reginald is a freelance writer and editor. He has worked at various positions within the publishing industry for over 25 years. Most recently he was executive editor for McGraw-Hill’s The Learning Group Division. A long-time amateur student of film, Reginald hosts “Chicago Film Club,” a monthly movie event held in the South Loop, for the past two years. Reginald has also taught several adult education film classes at Facets Film School, Chicago.
Posted by Stephen Reginald at 3:49 PM