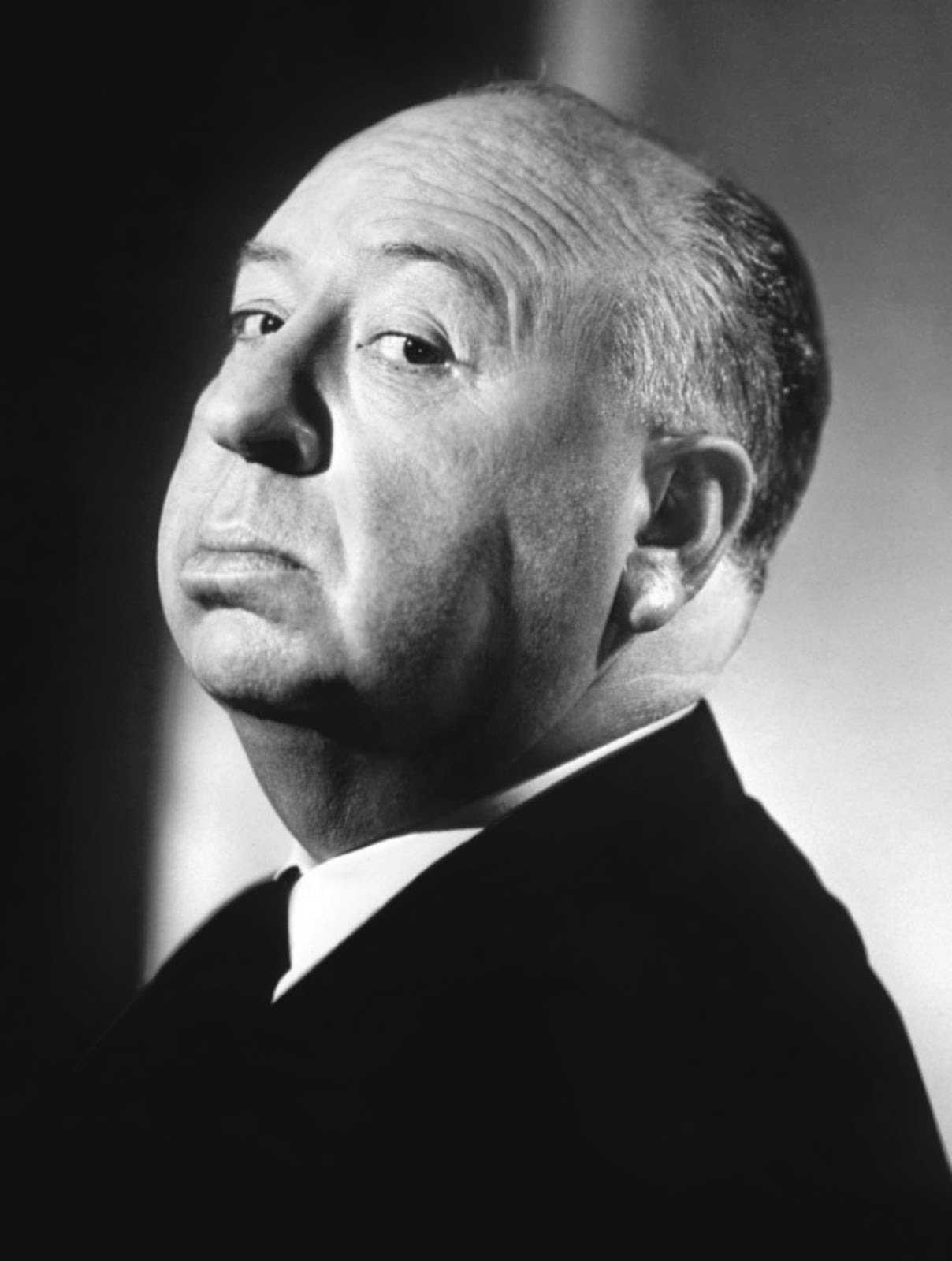 New film series announced
The 2014-15 Film Club is back at The Venue 1550 at the Daystar Center, 1550 S. State St., Chicago. Hosted by Stephen Reginald, the film club will feature “Hitchcock in the 40s.” Alfred Hitchcock films to be screened, include Rebecca, Shadow of a Doubt, and Notorious. Movies will be screened at 6:30 p.m. on the second Tuesdays* of the month, starting May 13, 2014. Reginald will introduce each film giving background information before screenings, with discussion afterward. Reginald is a freelance writer/editor and popular instructor at Facets Film School in Chicago.

Hitchcock’s films endure
Alfred Hitchcock was one of the most successful directors in the history of film. Probably no other director’s work has been so widely acclaimed, examined, and written about. Hitchcock never took his audience for granted. He always believed that entertaining them was his primary goal as a filmmaker. During the 1940s, Hitchcock amassed an incredible body of work in Hollywood. It was during this decade that he first collaborated with Cary Grant and Ingrid Bergman, two of his favorite actors. It was a period where he stretched his storytelling ability by directing Lifeboat, a film where the entire cast is confined to a rowboat. And just to prove he could do it all, Hitchcock directed a screwball comedy starring the screwball girl herself, Carole Lombard!

Rebecca (1940) was Alfred Hitchcock’s first American film and collaboration with producer David O. Selznick. It was also the only Hitchcock film to ever win the Academy Award for Best Picture. Rebecca is based on the best-selling novel by Daphne du Maurier. The moody suspense classic stars Laurence Olivier and Joan Fontaine. Fontaine plays a young, innocent woman who falls in love with the older widower, Maxim de Winter (Olivier), heir to the magnificent estate, Manderley. When the new Mrs. de Winter settles in to her new home, the spirit of Rebecca, Maxim’s deceased first wife, overwhelms her. And to make matters worse, housekeeper, Mrs. Danvers (Judith Anderson) does everything to keep Rebecca’s memory alive, thus diminishing her new mistress. What is the secret that Rebecca took with her to the grave? A secret that haunts the inhabitants of Manderley still. A secret that even the grave cannot contain.

June 10, 2014
Foreign Correspondent (1940) The master of suspense’s second American film was nominated for six Academy Awards, including Best Picture, losing the award to Hitchcock’s Rebecca! The story of a foreign correspondent (Joel McCrea) in prewar Europe is a roller coaster ride of action and suspense. Filmed entirely on Hollywood sound stages and back lots, the movie boast some impressive sets, including a 10-acre recreation of Amsterdam Square. The film features an outstanding supporting cast that includes Laraine Day, Herbert Marshall, George Sanders (also in Rebecca that same year), and Robert Benchley.

Mr. & Mrs. Smith (1941) A classic screwball comedy from the master of suspense? Yes, yes, indeed! When Ann Smith (Carole Lombard) discovers that her marriage to David Smith (Robert Montgomery) isn’t valid due to a technicality, she wonders if she should renew her vows. When David muses, in moment of brutal honesty, that if he had it to do all over again, he might not get remarry, Ann decides she wants to call it quits. When she starts dating David’s law partner, Jeff Custer (Gene Raymond), David is determined to win her back at all costs. With a screenplay by Norman Krasna, Hollywood legends Lombard and Montgomery and a supporting cast that includes Jack Carson, Philip Merivale, Lucille Watson, and Esther Dale, you’ll swear the film was directed by Leo McCarey or Howard Hawks.

August 12, 2014
Suspicion (1941) Joan Fontaine won an Best Actress Academy Award for her portrayal of Lina McLaidlaw, a shy, but rich young woman who falls head-over-heels in love with Johnnie Aysgarth (Cary Grant), a playboy who may or may not want her dead. In his first collaboration with Alfred Hitchcock, Grant reveals a darker side to his persona, not seen on screen before. Featuring a cast of British supporting players, including Sir Cedric Hardwicke, Nigel Bruce, and Dame May Whitty, you’ll be mesmerized by the tale the Master weaves.

Saboteur (1942) Hitchcock’s exciting war-time suspense thriller stars Robert Cummings, on the run, after being wrongly accused of bombing a defense plant and killing his best friend. On the lame he meets a beautiful model (Priscilla Lane) who travels with him across the country trying to clear his name and stop a group of foreign agents determined to bring American to her knees. The film takes you on a whirlwind journey across the United States with stops at Boulder Dam, Radio City Music Hall, and for the film’s amazing climax atop the Statue of Liberty. This was Hitchcock’s first film featuring an All-American cast that includes supporting players Norman Lloyd, Otto Kruger, Alan Baxter, and Alma Kruger. Saboteur also features some very witty dialogue from the pen of literary legend, Dorothy Parker.

October 14, 2014
Shadow of a Doubt (1942) Alfred Hitchcock’s personal favorite of all his films is packed with heart-pounding suspense and truly amazing performances. When Uncle Charlie (Joseph Cotton) visits his sister’s family in Santa Rosa, his niece and namesake “Young Charlie” (Teresa Wright) begins to suspect that he may be the “Merry Widow Murderer,” wanted by the authorities hot on his trail. As Young Charlie’s suspicions about her uncle prove to be true, she has a tough decision to make. Will she report her uncle to the detectives that are tailing him or will she let him get away with murder? With a unique mixture of charm and menace, Cotton’s characterization is one of the creepiest in the history of film. Considered Hitchcock’s first great American film, it features an extraordinary supporting cast that includes, MacDonald Carey, Patricia Collinge, Henry Travers, Wallace Ford, and Hume Cronyn, in his very first screen role. Shadow of a Doubt also has the distinction of being the only film Hitchcock made on location.

Lifeboat (1944) A remarkable tale of survival at sea from the Master of Suspense. After their ship is sunk by a German U-boat, eight people struggle to survive, in an overcrowded lifeboat. based on a story by John Steinbeck, this Hitchcock classic keeps you on the edge of your seat for the film’s entire 96 minute run time. The movie stars the legendary Talluhah Bankhead, supported by William Bendix, Walter Slezak, Mary Anderson, John Hodiak, Canada Lee, and Hume Cronyn. And you will be amazed at how Hitchcock makes his ubiquitous cameo!

January 13, 2015
Spellbound (1944) The Master’s first collaboration with star Ingrid Bergman is an intriguing look into the “secret recesses of the mind” as described by the New York Herald Tribune’s review. Bergman plays Dr. Constance Peterson, a dedicated psychiatrist who puts her career on the line when she falls in love with Dr. Edwardes (Gregory Peck). Is Dr. Edwardes an impostor, pretending to be someone he is not in order to avoid arrest for a cold-blooded murder? Or is he a victim of some horrible event from his past that threatens to destroy him? Produced by David O. Selznick, Spellbound is a stylish and complex love story, featuring standout performances from Bergman and Peck. The dream sequences designed by artist Salvidor Dali are hauntingly beautiful, as is the film’s score by Milos Rozsa (Ben-Hur).

Notorious (1946) This may be Hitchcock’s most complex love story, starring two of the Master’s favorite movie stars: Cary Grant and Ingrid Bergman. Besides being physically beautiful, Bergman and Grant give standout performances. Grant plays an American agent in search of a band of Nazis who have settled in post-war Rio. Berman plays Alicia Huberman a women with a somewhat sordid past who is enlisted by Grant to help him trap Alex Sebastian (Claude Rains), the leader of Rio’s Nazi ring. Devlin’s feelings for Alicia change drastically when he finds out that Alex has asked her to marry him. But have his feelings really changed or is he frustrated by his powerlessness when things get increasingly dangerous for Alicia? Featuring brilliant performances from Rains and Leopoldine Konstantin, as Alex’s mother—perhaps the most diabolical of all Hitchcock’s mothers—Notorious’s suspense just never lets up.

If you love classic cinema, you should join the Chicago Film Club. It’s free to join. You'll get updates on all the movie screenings. Come share your love of the movies; it’s fun!

Daystar Center located at 1550 S. State St. works through a grassroots network of collaborations and partnerships with individuals and other nonprofit organizations. Through this web, they’re able to provide educational, cultural, and civic activities that enrich and empower their clients, guests, and community members. To learn more about classes and events offered at the Daystar Center, please visit their Web site.
Posted by Stephen Reginald at 4:55 PM