Val Lewton: The genius nobody knows 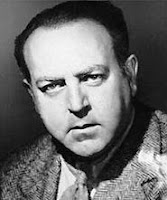 Val Lewton is credited with elevating the horror film to artistic levels during the 1940s. At RKO he set a standard few filmmakers have matched. When other horror films of the period featured creatures and monsters that didn’t exist, Lewton’s movies were populated with ordinary people. The horror did not come from monsters or demons, but from neighbors, coworkers, and those in positions of authority. And Lewton knew that nothing on screen could match the horrors conjured up inside the mind of the viewer. By combining believable characters, literate scripts, film noir-like cinematography, and clever editing, Lewton’s films drummed up more suspense and horror than all the monsters on the Universal lot combined…and that was his goal. Not only were Lewton’s films truly frightening, but they explored unusual (for the times) themes like psychosexual frustration (Cat People) and hints of lesbianism (The Seventh Victim). Alfred Hitchcock would explore these themes further in films like Spellbound, Strangers on a Train, Psycho, and Marni.

Lewton started his movie career working for David O. Selznick as a story editor. While working for Selznick, Lewton had a hand in shaping movie classics like A Tale of Two Cities (1935), A Star is Born (1937), and Rebecca (1940), among others. He’s famous for advising Selznick against buying the rights to Gone with the Wind, calling it “ponderous trash.” Lewton managed to survive that blunder, but he grew tired of working for Selznick.

In 1942, Lewton was named head of the newly formed horror unit at RKO. At the time of his hire, RKO was in financial straits because of their costly relationship with Orson Welles and the failures of Citizen Kane and The Magnificent Ambersons to connect with the public. Lewton’s task was to make horror films that: cost under $150,000 per picture, did not run more than 75 minutes, and used the lurid titles supplied to him by the studio bosses. Starting with Cat People in 1942, Lewton produced a string of successful horror films that helped keep RKO in the black. At RKO, Lewton collaborated with director Jacques Tourneur (Out of the Past, Way of a Gaucho) and gave Robert Wise (The Set Up, The Sound of Music) and Mark Robson (Champion, The Bridges at Toko-Ri) their first assignments as film directors. Although not a household name, Lewton left an indelible mark on the horror film genre and influenced numerous filmmakers, including William Friedkin, Martin Scorsese, George Romero, as well as the aforementioned Alfred Hitchcock to name a few.
Posted by Stephen Reginald at 8:00 AM