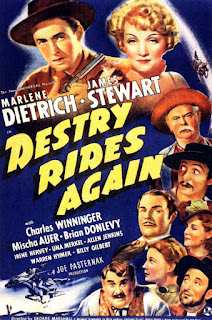 Destry Rides Again is one of the great motion pictures from 1939. The George Marshall-directed classic features screen legends Marlene Dietrich and James Stewart as a dance hall queen and sheriff’s deputy respectively. The movie was an important one for both Dietrich and Stewart. Dietrich was labeled box office poison a year earlier, along with Joan Crawford, Katharine Hepburn, Greta Garbo, and Kay Francis and had been off the screen for two years. Stewart on loan from MGM, was finally getting lead roles, which had alluded him at his home studio.

Casting Call
Dietrich was reluctant to star in a western and really had no interest in the script. The producer, Joe Pasternak, wanted Gary Cooper for the role of Destry, but Coop wanted more money than Universal Studios was willing to pay. James Stewart was available and MGM agreed to loan him out for a lot less than what Cooper would have cost. Dietrich had to be talked into taking the role of Frenchy; she also accepted a lower-than-normal fee for her participation. The role of Destry was one of Stewart’s best and it revived Dietrich’s film career after starring in back-to-back big-budget box office disasters, The Garden of Allah (1936) and Knight Without Armor (1937).


Star on the rise
Stewart was coming into his own as a popular leading man in 1939. On loan from MGM that same year, Stewart starred alongside Jean Arthur in Mr. Smith Goes to Washington and Carole Lombard in Made for Each Other. Meanwhile, at his home studio, he starred in It’s a Wonderful World with Claudette Colbert and The Ice Follies of 1939 with Joan Crawford. Yes, The Ice Follies of 1939. Stewart, Crawford, and Lew Ayres were figure skaters! Crawford said in a memoir that “We were all out of our collective minds,” when referring to that turkey.

Legendary director
Marshall got his start in silent films performing first as an extra in Roscoe “Fatty” Arbuckle’s The Waiter’s Ball (1916). From there he moved on to writing and directing, learning all aspects of the movie business. Marshall was under contract to Fox, Universal, and Paramount. At Paramount he directed most of that studio’s biggest stars, including Bob Hope, Fred MacMurray, Paulette Goddard, Alan Ladd,  and Betty Hutton. He directed the very first film to feature Dean Martin and Jerry Lewis, My Friend Irma. Along with Henry Hathaway and John Ford, he co-directed the western epic How the West Was Won (1962). Marshall directed Glenn Ford in several successful comedies, including The Sheepman (1958) and Advance to the Rear (1964).


Hit of the year
Destry Rides Again was Universal’s biggest hit of the year and it help establish Stewart as an A-list leading man, as well as reviving the movie career of Dietrich. Marshall’s movie-directing career would continue until the late-1960s.

Backstory: Universal released an earlier version of Destry Rides Again (1932) starring Tom Mix. Marlene Dietrich sang “See What the Boys in the Back Room Will Have” which was written for her for the movie. She recorded it for Decca records and it became a hit and a song that was identified with her for the rest of her career. George Marshall remade the film in 1954, Destry starred Audie Murphy, Marie Blanchard, and Thomas Mitchell. A Broadway musical of Destry Rides Again opened on April 23, 1959. It starred Andy Griffith as Destry and Dolores Gray as Frenchy. In 1964 a television series based on the movies starred John Gavin in the title role. 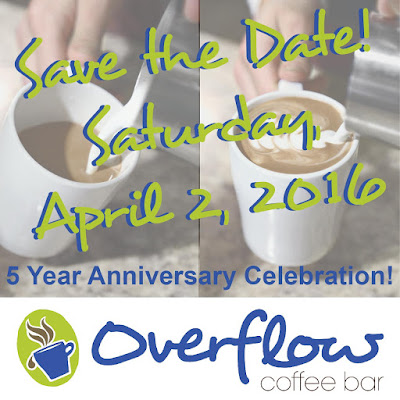 Posted by Stephen Reginald at 6:59 AM