The Women (1939) features an all-star female cast directed by George Cukor in the film version of Clare Boothe's Broadway play. Set among the pampered Park Avenue set played by Rosalind Russell, Joan Fontaine, Paulette Goddard, Mary Boland and Norma Shearer. Joan Crawford plays the manipulative Crystal Allen out to steal Mary Haine's (Shearer) husband so she can live on Park Avenue too. The film has the added dynamic of the real-life professional rivalry between stars Crawford and Shearer.

The Women has been remade as a musical in 1956 and updated in 2008, but neither version holds a candle to the original.

In 2007, the film was voted to the National Film Registry for preservation. 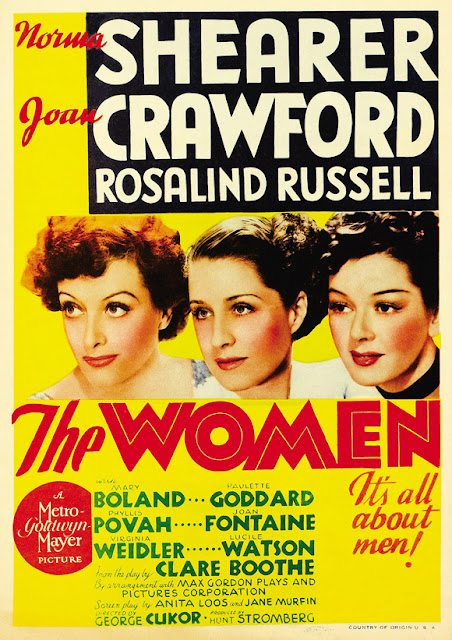 Have some Joe and Enjoy the Show!
Before the movie, grab a cup of coffee from Overflow Coffee Bar, located within the Daystar Center. You can bring food and beverages into the auditorium; we even have small tables set up next to some of the seats. General Admission: $5 Students and Senior Citizens: $3.
Join the Chicago Film club; join the discussion
Twice a month we screen classic films and have a brief discussion afterward. For more information, including how to join (it’s free), click here. The Venue 1550 is easily accessible by the CTA. Please visit Transit Chicago for more information on transportation options.

Daystar Center located at 1550 S. State St. works through a grassroots network of collaborations and partnerships with individuals and other nonprofit organizations. Through this web, they’re able to provide educational, cultural, and civic activities that enrich and empower their clients, guests, and community members. To learn more about classes and events offered at the Daystar Center, please visit their Web site.
Posted by Stephen Reginald at 12:57 PM