Today is Olivia de Havilland’s 101st birthday. The screen legend is the only surviving major cast member of the Civil War classic Gone With the Wind (1939). She’s also the most famous surviving actress from Hollywood’s Golden Age, outliving her younger sister, Joan Fontaine who passed away in 2013 at 96.

De Havilland is a two-time Oscar winner for To Each His Own (1946) and The Heiress (1949). Her first Oscar nomination was for Best Supporting Actress for her role as Melanie Hamilton in Gone With the Wind. She received two other Best Actress nominations for Hold Back the Dawn (1941), famously losing to her sister, and The Snake Pit (1948). For The Snake Pit she won the National Board of Review Award and New York Film Critics Circle Award for Best Actress. The Snake Pit exposed the poor conditions in state mental institutions. It had such an impact on audiences in 1948 that many states adopted new rules and regulations regarding the treatment of mental patients in state-run institutions.

De Havilland and her attorneys recently announced that they are suing FX and producer Ryan Murphy “over unauthorized use of her [de Havilland’s] identity in Feud: Bette and Joan.” De Havilland sued Warner Bros. in 1943 over the studio practice of adding the time an actor spent on suspension to his/her long-term contract. Her suit helped end the power and control of the major Hollywood studios which led to their decline.

De Havilland’s first film role was in A Midsummer Night’s Dream (1935). Her last big screen appearance was in The Fifth Musketeer (1979). In between there were some great movies and performances. Below is a list of some of the best. 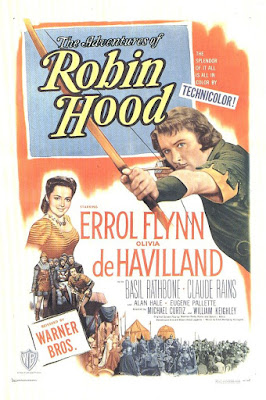 Dodge City (1939) – her fifth picture with Flynn, also starring Ann Sheridan; one of the earliest Technicolor westerns
Gone With the Wind (1939) – her first Academy Award nomination for Best Supporting Actress; she lost to costar Hattie McDaniel
Santa Fe Trail (1940)) – one of the top films of the year and another pairing with Flynn
They Died with Their Boots On (1941) – the final pairing of de Havilland with Flynn
The Strawberry Blonde (1941) – a great screen pairing with James Cagney and an up-and-coming Rita Hayworth
Hold Back the Dawn (1941) – on loan to Paramount, she was nominated for Best Actress under the direction of Mitchell Leisen; she lost to her sister Joan Fontaine for her work in Suspicion (1941)


The Male Animal (1942) – good comedy role based on the James Thurber Broadway hit co-starring Henry Fonda
Princess O’Rourke (1943) – delightful comedy that was a forerunner to Roman Holiday (1953)
To Each His Own (1946) – her first Best Actress Oscar win, once again she was under the direction of Mitchell Leisen
The Dark Mirror (1946) – interesting dual role for de Havilland, playing identical twin sisters, one good one bad
The Snake Pit (1948) – an amazing performance of a woman suffering from mental illness 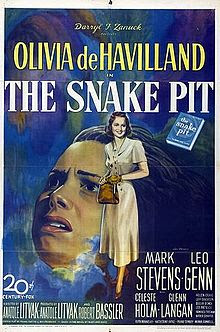 The Heiress (1949) – de Havilland goes from meak and mild to cold and ruthless in this classic based on Henry James’s Washington Square
My Cousin Rachel (1952) – notable as Richard Burton’s film debut, but it features a finely shaded performance from de Havilland as the mysterious Rachel
The Proud Rebel (1958) – one of my favorite de Havilland performances; she plays a tough woman rancher who befriends a man and his handicapped son

Email ThisBlogThis!Share to TwitterShare to FacebookShare to Pinterest
Labels: 101st birthday, Academy Award, Classic Movie Man, Feud: Bette and Joan, Gone Wtih the Wind, Hold Back the Dawn, Joan Fontaine, Olivia de Havilland, The Heiress, The Snake Pit, To Each His Own