“When curating films for the ArcLight Presents… Let It Snow series, we looked at movies for everyone; movies that transcend individual traditions and holidays, connecting people together to share the joy of the season,” said Kevin Holloway, VP of Film Marketing and Operations, ArcLight Cinemas. “Everybody has their own tradition and their own favorite holiday movies, and we hope to evoke special memories of the season through these film selections.”

ArcLight Cinemas, the premier moviegoing experience with an unparalleled commitment to bringing a variety of rich cinematic content, offers more than just a place to watch a movie. With a focus on undistracted viewing and state of the art sight and sound technology, guests experience classic movies the way they were meant to be seen.

The upcoming ArcLight Presents… Let it Snow schedule is: 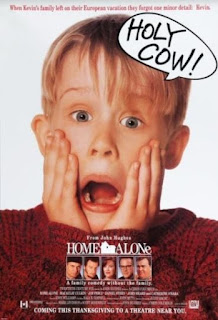 An eight-year-old troublemaker must protect his home from burglars when he is accidentally left home alone during Christmas vacation. Directed by Chris Columbus, the 1990 family-favorite, Home Alone, stars Macaulay Culkin Joe Pesci, and Daniel Stern.

A trio of homeless people living on the streets of Tokyo set out to find the parents of a newborn baby they found among the trash on Christmas Eve. The 2003 animated Japanese film, Tokyo Godfathers, was co-directed by Satoshi Kon and Shôgo Furuya and features the voices of Tôru Emori, Yoshiaki Umegaki, and Aya Okamoto. 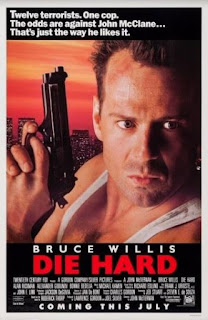 An NYPD officer, John McClane, tries to save his wife Holly Genaro and others after a German terrorist takes them hostage during a Christmas party at Nakatomi Plaza in Los Angeles. Directed by John McTiernan, Die Hard stars Bruce Willis, Alan Rickman, and Bonnie Bedelia. This untraditional 1988 Christmas movie celebrates its 30th anniversary this year.

ArcLight Cinemas, a privately owned, Los Angeles based company with 60 years of theatrical exhibition history throughout California, Hawaii, and Washington is a premier moviegoing experience with an unparalleled commitment to bringing a variety of rich cinematic content to moviegoers in all markets. ArcLight Cinemas operates seven theaters in California including Hollywood, Pasadena, Sherman Oaks, El Segundo, Santa Monica, Culver City and La Jolla, as well as theaters in Bethesda, MD, Chicago and Glenview, IL, with a new location in Boston for 2019. ArcLight also owns and operates the historic Cinerama Dome and programs the TCL Chinese Theatre and IMAX in Hollywood. Pacific Theatres currently operates theaters in Los Angeles that include The Grove and The Americana at Brand in Glendale, CA. Additional information about ArcLight Cinemas is available at www.arclightcinemas.com.

Editor’s note: Received information on this series late, so I’ve just printed the dates and times for films that have yet to be screened.

Posted by Stephen Reginald at 5:46 PM