Book Review: “The Wizard of OZ FAQ: All That’s Left To Know About Life According To Oz”

Just when you thought you knew everything there was to know about The Wizard of Oz, here’s a book to inform you how little you actually do know about the classic film.

Released during 1939, that magical year that produced so many classic films—think Gone With The Wind, Stagecoach, Ninotchka—The Wizard of Oz endeared itself to a bunch of boomer children who watched it annually on TV for decades. With the advent of video (both VHS and DVD), the film lives on with each new generation. 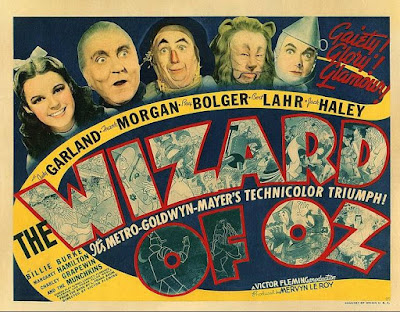 The filming of this classic was a complicated process. Film techniques were invented, music was composed, and extravagant sets and unique costumes had to be produced to bring the magic of L. Frank Baum’s original Oz novels to life. Metro-Goldwyn-Mayer saw the success of Walt Disney’s Snow White and The Seven Dwarfs and concluded that they could produce a live-action fantasy hit.

Casting the pivotal role of Dorothy was difficult for the studio. They were looking for a proven box office star. For a fleeting moment, Shirley Temple was considered, but her vocal range was limited and the producers didn’t think she was right for the part. Deanna Durbin, once an M-G-M contract player was now a top star at Universal. She had proven box office appeal and had a classically trained voice that could handle any song the composers could come up with. But bringing in a star outside of the studio would cost them more money and the production costs for The Wizard of Oz were quickly racking up.

Judy Garland was under contract at M-G-M. She was primarily used for specialty numbers in some A productions, as well as being loaned out to other studios to appear in B movies. Even though she was hired for her “swing-style” of singing, M-G-M didn’t seem to know what to do with her. The studio finally agreed to give Garland the coveted role of Dorothy and the rest is movie history.


The Wizard of Oz is credited (on screen) to director Victor Fleming. He was responsible for directing the bulk of the film, as well as its editing, but he was also working on Gone With The Wind for David O. Selznick. And because of Fleming’s grueling schedule the studio enlisted the talents of at least five other directors. George Cukor was responsible for Dorothy’s look. Originally Garland was costumed in a blonde wig and garish makeup. Cukor thought that this look was all-wrong for a girl from Kansas. He instructed the makeup department to tone it down and ditch the blond wig and go with Garland’s natural hair color. King Vidor directed most of the scenes in Kansas, including the scene where Garland sings “Over the Rainbow.” Vidor had a great musical sense and his filming of Garland singing while moving around the farm is truly inspired.

Author David J. Hogan writes in a smooth and readable style that really hooks you. The number of facts about the film that he brings into focus are really amazing. One thing that fascinated me was the fact that all the principle actors made more money that Garland who earned a weekly salary at M-G-M. Jack Hailey, Ray Bolger, Bert Lahr, and Margaret Hamilton were all freelance actors so they negotiated contracts that paid them generous weekly salaries. Even Toto (real name Terry) had a contract that paid him $125 a week, which was big money in 1939.


If you grew up loving The Wizard of Oz or if you enjoy classic film and the studio era, this book is a must.

Posted by Stephen Reginald at 3:41 PM