Max Ophuls, a renowned German director who only made four films in the United States, directed The Reckless Moment (1949). It starred Joan Bennett and James Mason. It was only Mason’s third American film.

The plot involves Lucia Harper (Bennett) who is trying to keep Ted Darby (Shepperd Strudwick) a low-life criminal from seeing her teenage daughter Bea (Geraldine Brooks). He tells Lucia that he’s willing to stop seeing Bea for a price. Lucia is confident that when she tells her daughter Darby’s true feelings the relationship will come to an end. This is film noir so no situation gets resolved that easily. Without giving anything away, let’s just say things go horribly wrong, exposing Lucia’s daughter and family to some pretty despicable characters.

The Backstory
Director Ophuls (1931-1957) was born in Germany where his film career began. After it was clear the Nazis would take power in Germany, Ophuls, a jew, moved to France in 1933 where he became a French citizen in 1938. After the fall of France, he traveled through Switzerland and Italy, eventually ending up in the United States. In Hollywood, Ophuls directed Douglas Fairbanks Jr. in The Exile (1947), Joan Fontaine and Louis Jordan in Letter from an Unknown Woman (1948), Caught starring James Mason, Barbara Bel Geddes, and Robert Ryan. The Reckless Moment would be his last Hollywood film before he returned to France, where he directed major successes La Ronde (1950) and The Earrings of Madame de…(1953) starring Charles Boyer and Danielle Darrieux.

Joan Bennett (1910–1990) began her film career during the early sound era. A natural blonde, Bennett dyed her hair as a plot device in the film Trade Winds (1938). As a brunette, Bennett projected a sultry persona that had her compared to brunette beauty, Hedy Lamarr. During this period she starred in two costume epics. She played Princess Maria Theresa in The Man in the Iron Mask (1939) and Grand Duchess Zona of Lichtenburg in The Son of Monte Cristo (1940).


Almost Scarlett O’Hara
Bennett was one of two finalists for the role of Scarlett O’Hara in Gone with the Wind (1939), along with Paulette Goddard who appeared to be the front-runner. There was concern that Goddard’s marriage to Charley Chaplin wasn’t legal, which made Bennett’s prospects to play Scarlett almost certain until Vivian Leigh showed up to watch the filming of the burning of Atlanta scenes on the Selznick backlot. In spite of that disappointment, Bennett had a distinguished film career. She worked with many of the top directors of the period, including George Cukor, Mitchell Leisen, Tay Garnett, Henry Hathaway, and Vincente Minnelli. She had a very successful collaboration with the director Fritz Lang. With Lang, she starred in the classics Man Hunt (1940), The Woman in the Window (1944), and Scarlet Street (1945). She worked with the French director Jean Renoir in The Woman on the Beach and with director Zolton Korda in The Macomber Affair (both 1947) co-starring Gregory Peck. In 1950, she became the perfect wife and mother in Father of the Bride (1950) and its sequel, Father’s Little Dividend (1951) both directed by Minnelli. A scandal after the release of Dividend pretty much ended Bennett’s film career. She continued to act on stage and on television where she became a pop culture icon playing Elizabeth Collins Stoddard on the gothic soap opera Dark Shadows (1966-1971).

James Mason (1909-1984) was an English actor who was a popular film star in Great Britain before he came to Hollywood. Mason was a top box office star in the UK with hits like The Seventh Veil, The Wicked Lady (both 1945), and Odd Man Out (1947).

Hollywood Calling
Mason went to Hollywood to make Caught (1949) directed by Ophuls. He made three other films in 1949: Madame Bovary, East Side, West Side, and The Reckless Moment. In 1951 he entered into an agreement with 20th Century Fox where they signed him to a seven-year contract. At Fox, he starred as General Rommel in The Desert Fox: The Story of Rommel (1951) directed by Henry Hathaway. It was a commercial and financial success. He reprised the role n The Desert Rats (1953) co-starring a young Richard Burton with direction by Robert Wise. In 1954 he played the evil Sir Brack in Prince Valiant and Captain Nemo in Disney’s 20.000 Leagues Under the Sea. That same year he starred in the role he is probably most identified with, Norman Maine in A Star Is Born co-starring Judy Garland. For his performance in that film, he was nominated for the Academy Award for Best Actor. He continued to act through the fifties and sixties in a variety of films, including North by Northwest, Journey to the Center of the Earth (both 1959), The Marriage-Go-Round (1961), Lolita (1962), The Fall of the Roman Empire (1964), Georgy Girl (1966), and Mayerling (1968). During the 1970s and 1980s, Mason continued to act in film and on television. In 1982, Mason was nominated for the Academy Award for Best Supporting Actor in The Verdict starring Paul Newman.

You can read more about Joan Bennett by clicking here. 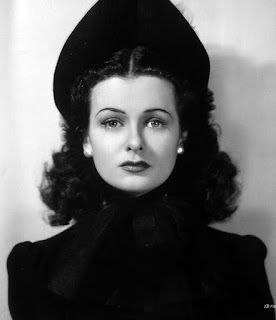 Posted by Stephen Reginald at 5:12 PM