Films From My Father

Child of the Depression 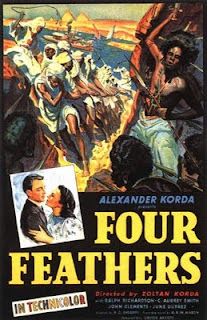 My dad grew up during the Great Depression. Like many kids his age, he went to the movies at least once a week. Back in the late 1930s, a Saturday at the movies might have included several films. The main attraction was generally an A-picture, one with major movie stars, a second feature or B-film with lesser stars, a cartoon, a serial, and a newsreel. If you lived in a relatively large city, you may have experienced some live entertainment. And on some other days, you may have gotten a free gift like Constance Bennett makeup (to give to your mom) or an ice cream cup.


A Love of the Movies is Born
Part of the reason I love the movies, is due to my father’s influence. In the days before cable, old films would routinely show up on television on Saturday and Sunday afternoons. My dad and I often watched movies together. Dad seemed to know every actor in every movie we watched, right down to the character actors who uttered but one line. In those days my favorite movies were the Abbott and Costello comedies, Buck Privates, Keep ‘Em Flying, and Hold That Ghost. My dad enjoyed these films too, but he also had a fondness for two classics released in 1939: Gunga Din and The Four Feathers. Most classic film buffs have seen Gunga Din at least once, but the same cannot be said for The Four Feathers, my father’s favorite film when he was a young man.

Third Time is a Charm
The third movie version of the A. E. W. Mason novel is considered the best of the bunch. Produced by Alexander Korda and directed by brother Zoltan, The Four Feathers is an epic production, filmed in Technicolor when the process was still a bit of a novelty. Like Gunga Din, it portrays the British Empire, during the late 19th century, in the best possible light, but we won’t take issue with that here. As an adventure and melodrama, The Four Feathers is hard to beat.

Impeccably British
Starring an impeccable British cast, including John Clements as the conflicted aristocrat Harry Faversham, Ralph Richardson as his commrade and rival John Durrance, and the always enjoyable C. Aubrey Smith as General Burroughs, who constantly reminds everyone how he single-handedly won the Crimean War.

Harry Faversham's Dilema
The plot revolves around Harry’s decision not to follow in the family tradition of serving in the army. He very dramatically resigns his post on the eve of his regiment’s journey to the Sudan. Their mission: To recapture Khartoum. Branded a coward by friends —the white feathers given to Harry by his comrades are emblems of cowardice—, and his fiancée played by the lovely June Duprez. As a result, Harry becomes a tormented soul. In an attempt at redemption, he disguises himself as an Arab to rescue his friends, who are imprisoned by Egyptian rebels, and prove that he isn’t a coward. As you might expect, Harry is successful in the end, reclaiming his honor, his friends, and his fiancée. A good story supported by a superior production, The Four Feathers holds up remarkably well. The on-location color cinematography is remarkable. The spectacle of the battle scenes combined with the dazzling red uniforms of the British soldiers still impress today. I remember how awed I was when I saw How The West Was Won, shot in Cinerama, in the theater. I think my dad, then barely 16 years old, must have been similarly impressed by the scope of The Four Feathers upon its initial release.

"Explosively Cinematic"
Many of the scenes shot on location, give the film a polish unmatched by its contemporaries. Osmond Borradaile (I Was a Male War Bride) shot the scenes in the Sudan and Georges Perinal (The Life and Death of Colonel Blimp) shot the rest of the film. What seems remarkable is the almost entire lack of process photography. Even The New York Times film critic was impressed, (no easy task then as now) calling it “explosively cinematic” and overwhelmed by the “sheer weight of size and width of camera field.” 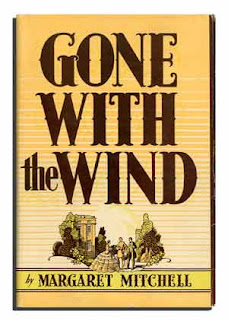 An Overwhelming Year
The Four Feathers had the misfortune of being released in 1939, the year of Wuthering Heights, The Wizard of Oz, Stagecoach, and the Civil War epic, Gone With the Wind, which swept the Oscars that year. Nominated for a single Academy Award (best color cinematography), The Four Feathers was one of many great films vying for attention in 1939, perhaps the most remarkable year in motion picture history.

No matter what its reputation today, The Four Feathers will always hold a special place in my heart because it reminds me of my father and those lazy afternoons of movie watching that we shared.
Posted by Stephen Reginald at 10:03 AM