Here are the top-ten post, in descending order, from the past year. The interest in classic films, including the stars and directors who made them, seems to be as strong as ever. Two blogathons made the list as well as three posts promoting the special big-screen showings of three classic films.

10. A blogathon featuring the films produced by Val Lewton garnered some interest. Lewton is most famous for his horror films, but the blogathon featured other genres he worked in. This blogathon was presented and promoted with another classic movie fan, Kristina, who writes the amazing Speakeasy blog.

9. My review of the Academy Award winning film The Artist, which I saw almost a year ago today, attracted some readers. With it’s fictional recounting of the transition from silent to talking films, The Artist was a wonderful achievement. Classic movie fans should enjoy this film immensely.

8. Singing in the Rain was back on the screen for two days this summer. The classic musical included a taped interview with star, Debbie Reynolds, reminiscing about her participation in the film alongside Gene Kelly and Donald O’Connor.

7. The feature, “Classic Films in Context” is somewhat self-explanatory. The reviews of classic movies puts each film in the context of when it was conceived and produced. Sometimes a little background information is required in order for us to fully appreciate a classic film. The post on Pinky, a 1949 melodrama starring Jeanne Crain as a light-skinned black women, enjoyed wide readership. Hardly remembered today, it was one of Elia Kazan’s early directorial efforts and a big box office hit for its film studio, Twentieth Century Fox. It also earned Crain a Best Actress nod (she lost to Olivia De Haviland). 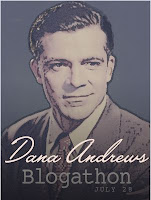 6. The announcement for the much-anticipated Dana Andrews blogathon let me know that once it was launched it would be a success. And it was. See below.

5. The Dana Andrews blogathon started on July 28 and contributions and comments came fast and furious. Andrews biographer Carl Rollyson joined in on the fun, contributing a blog post, as well as commenting on everyone’s posts! Thanks, Carl, for taking the time and for making such thoughtful comments.

4. The Birds on the big screen! Yes, the Alfred Hitchcock classic had a one-night-only showing on movie screens across the country in September. I had the pleasure of seeing the film on the big screen for the first time ever and really enjoyed it. Somehow seeing a classic film in a theater with an audience is like seeing it for the very first time. The digital transfer looked great and the sound was amazing. Totally fun popcorn eating movie. I’m so glad I got a chance to see it. 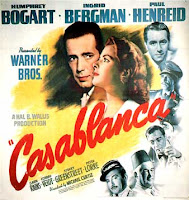 3. Speaking of classic films on the big screen, Casablanca had a special showing in March to commemorate the 70th anniversary of its release. The restored digital transfer was impeccable. The black and white cinematography really popped and I found that I couldn’t take my eyes off of Dooley Wilson’s (Sam) white jacket that seemed to shimmer under the lights in Rick’s Café American. That showing was so popular that they included another one-night-only showing in April, which resulted in this post.

2. I was interested in the “Titanic” disaster before I was interested in classic films. So it was no surprise that I decided to tackle the “Titanic” disaster on film in commemoration of the 100th anniversary of the disaster. I featured several of the most popular films detailing the tragedy, as well as other films and TV shows that included the disaster as part of the storyline.

1. The post with the most reads was one I did on Angela Lansbury when she was the TCM star of the month last January. With over 6,000 reads, this post is on track to be one of Classic Movie Man’s most popular posts of all time.

Well, that does it for 2012. Here’s hoping that 2013 is a prosperous, healthy, and happy new year for everyone. And thank you for visiting the Classic Movie Man blog. Look for some exciting new posts in 2013!

Posted by Stephen Reginald at 7:49 PM