I can’t believe the 2017 Turner Classic Movies Film Festival is over. All winter long, I looked forward to the festival to get me through the days, the weeks, the months until those magical four days of classic movie bliss. Now, this third TCMFF is history. 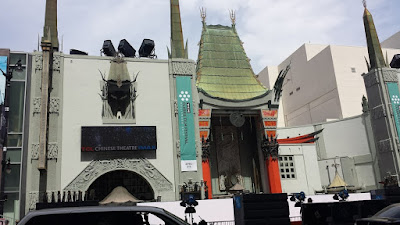 This year I saw 14 movies (the same number as last year), but all the movies I attended were in either the Egyptian Theatre or the TCL Chinese Theatre IMAX! All the movies I wanted to see I got to see. Last year I was shut out of Midnight and Double Harness (twice!). Since so many films were shown at the Egyptian (618 seats), it was less stressful than last year. Last year it seemed like the time between movies was so tight that I was constantly running to the next screening for fear of not getting in. Thankfully, this was not the case this year.


The festival was dedicated to the memory of Robert Osborne, which was only right. His knowledge and love of classic movies will be sorely missed. I think he would have enjoyed this year’s movie lineup that included some of the funniest screwball comedies from the 1930s and 1940s. Plus his favorite movie star, Gene Tierney was showcased in the classic film noir, Laura. 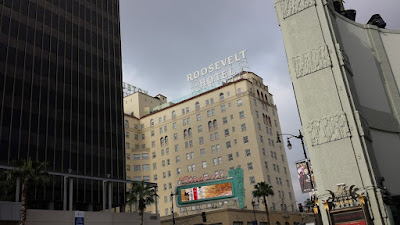 My goal this year was to try and see movies I hadn’t seen before. Of all the movies I saw, six were new to me. At this year’s festival, they promoted several nitrate films. Thanks in part to TCM, the Egyptian remodeled its projection booth so that it could screen nitrate films safely. I ended up seeing all the nitrate screenings. I had seen all of these films before, but Lady in the Dark hasn’t been seen anywhere for years. It’s been at least 30 years since I last saw it—and I didn’t remember a thing—so in many ways it was new to me. 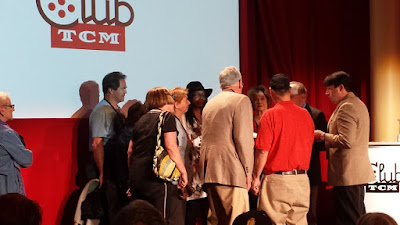 Besides movies, I attended the “So You Think You Know Movies” event at ClubTCM (tough, tough questions!), enjoyed “conversations” with Peter Bogdanovitch and Lee Grant. Good stuff!

Films were shown in the following formats: 35mm, digital, and nitrate (35mm). Below is the breakdown of film formats I saw this year:

Check back for daily recaps and recollections from my four days at the festival.

Posted by Stephen Reginald at 6:35 PM