When I was a kid, I remember my dad playing Doris Day records on our stereo system (remember those?). Not only was Day one of my dad’s favorite vocalists, but she was his favorite movie star. I can still remember the album covers of Day’s albums and the songs.


When I was still in single digits, I could sing along with “Pillow Talk,” having no clue what that song was about, and “Everybody Loves a Lover,” ditto. But Day’s voice was clear, true, and memorable. When I got a little bit older, I realized that Day made movies too! Some of our family favorites were Midnight Lace (1960), The Thrill of it All, Move Over Darling (both 1963), The Glass Bottom Boat (1966) and With Six You Get Eggroll (1968).

When I really started getting into classic movies, I realized the depth of Day’s talent. Early in her career, she was more than able to hold her own against the more experienced Kirk Douglas and Lauren Bacall in Young Man with a Horn (1950), which was her first dramatic role. Then there was Calamity Jane (1953), a rip-roaring musical and Love Me or Leave Me (1955), a biographical musical based on the life of Ruth Etting. One of her best dramatic performances was as Josephine “Jo” Conway McKenna in Alfred Hitchcock’s The Man Who Knew Too Much (1956) opposite James Stewart.


What set Day apart was the honesty in all her performances be it comedy or drama. She always came across as natural in her singing, acting, and dancing (yes, she was a triple threat). Somehow that honesty connected with fans in a way few other stars were able to do. Even though she basically retired when The Doris Day Show ended in 1973, the public never forgot her. Her legend grew with the passing decades and her fan base was a big as ever. 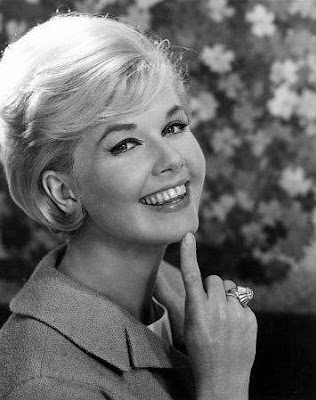 Day was a true entertainment legend. She was the top box office star for four years, a feat equaled by only eight others. Her recordings sold in the millions, including her two signature songs: “Secret Love” and “Que Sera, Sera.” Her passing at age 97 is sad, but she left us with so much to enjoy. Her talent will endure for generations to come.

Posted by Stephen Reginald at 8:52 PM