The Suspect (1944) directed by Robert Siodmak (Criss Cross) is a film noir set in London at the turn of the twentieth century. It stars Charles Laughton and Ella Raines.

Laughton plays Philip Marshall, a kindly gentleman married to an insufferable woman (Rosalind Ivan). So insufferable is she that their adult son leaves the house because he can’t stand living under the same roof with his own mother! After his son leaves, Philip occupies his son’s room, refusing to share space with his wife.

Marshall is a respectable accountant and well-liked by all who know him. When a young stenographer named Mary Gray (Ella Raines) comes to him looking for a job, Marshall is smitten with her. They begin a chaste affair, but this is film noir so nothing ends well, right?

Siodmak’s direction is crisp and he gets a great performance out of Laughton and the other cast members. Laughton's character is completely sympathetic and I found myself decidedly on his side during the whole movie. Henry Daniell plays Gilbert Simmons, Marshall’s wife-beating drunkard of a neighbor, a role he plays to perfection. Daniell made a career out of playing these kinds of villainous characters. He was the evil Reverend Brocklehurst in Jane Eyre (1943) the year before. 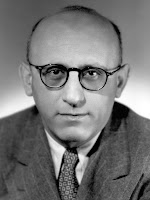 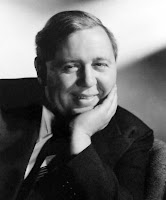 Ella Raines (1920 – 1988) was born in Washington State where she studied drama at the University of Washington. Howard Hawks spotted her in a college production and signed her to a contract. Right out of the gate, she starred in some big movies, including Preston Sturges’s Hail the Conquering Hero and Tall in the Saddle (both 1944) where she shared equal billing with John Wayne. As her movie career declined in the 1950s, Raines worked in series television starring as Janet Dean, Registered Nurse (1954-55). She appeared on the cover of Life magazine twice, once in 1944 and in 1947.


Join us on Zoom April 14 for a discussion of The Suspect at 6:30 p.m. Central Time. Click here for details on how to participate. It’s free!

Some questions for discussion.
1. From what you know about film noir, do you think this film fits that category? Why or why not?

2. Does The Suspect have a femme fatale? If it does, who is she?

3. What is the first crime committed in the film?

4. Was the London setting believable to you? Was it important? Could it have worked set in America during the same time period?

5. What about the ending? Was it what you expected?


Canyon Passage was released in 1946 starring Dana Andrews, Brian Donlevy, and Susan Hayward. It was filmed in Technicolor, which was rare in those days for a western. Producer Walter Wanger and movie star Joan Bennett were husband and wife at the time.


*Original blog post said that Ella Raines was discovered by Howard Hughes. This is incorrect, it was Howard Hawks.
Posted by Stephen Reginald at 8:45 PM