The Strange Love of Martha Ivers—Whisper Her Name


The movie begins with a flashback to an incident in the life of a 13-year-old Martha Ivers. Feeling trapped by the strict guardianship of her wealthy aunt (Judith Anderson), young Martha attempts to run away. Her attempt is thwarted which causes more friction between Martha and her aunt that she professes to hate. During a thunderstorm that knocks out the electricity in the Ivers mansion, Martha’s aunt is found dead. Will the secrets from the past come back to destroy Martha, who is now a rich and successful businesswoman?

With producer Wallis at the helm, The Strange Love of Martha Ivers was an A+ production. Along with the three stars, we have some great character actors on board including Anderson, Roman Bohnen, and child actor Darryl Hickman. The film also boasts a rich film score composed by Miklas Rozsa (Spellbound, Ben-Hur).

Look for the future director and producer Blake Edwards as the sailor that hitches a ride with Sam Masterson (Heflin). 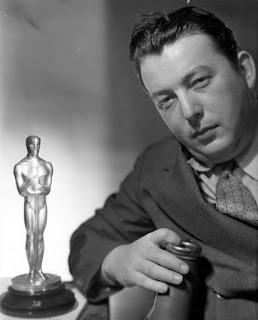 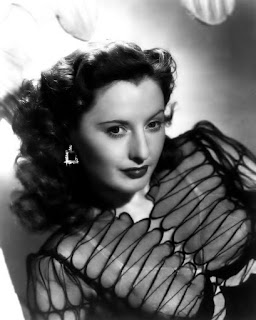 Barbara Stanwyck (1907 – 1990) was an American film star who got her acting start with a supporting role on Broadway in a play called The Noose (1926). The next year she had the lead in another Broadway production, Burlesque which was a huge hit. She eventually made it to Hollywood where her success was not immediate. Director Frank Capra saw something in Stanwyck and he educated her in filmmaking and film acting and the rest is history. Stanwyck was nominated four times for the Best Actress Oscar—Stella Dallas (1937), Ball of Fire (1941), Double Indemnity (1945), Sorry, Wrong Number (1948)—and remains one of the most beloved movie stars from Hollywood’s Golden Age. 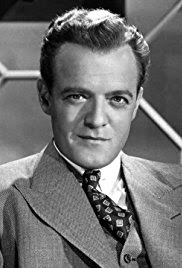 Van Heflin (1908 – 1971) was an American actor who performed on the radio, stage, and screen. Heflin played mostly character parts, but during the 1940s he had a run as a leading man. He won an Academy Award for Best Supporting Actor for his performance in Johnny Eager (1942). Heflin starred in Presenting Lily Mars (1943) with Judy Garland, Till the Clouds Roll By (1946), and Possessed (1947) with Joan Crawford. He starred opposite Lana Turner in Green Dolphin Street (1947) which was M-G-M’s biggest hit of the year. He served in World War II as a combat cameraman in the Ninth Air Force in Europe. The Strange Love of Martha Ivers was Heflin’s first film role after returning from war. He starred in two other pictures with Stanwyck: B.F.’s Daughter (1948) and East Side, West Side (1949). Helflin’s last role was as the bomber in Airport (1970). 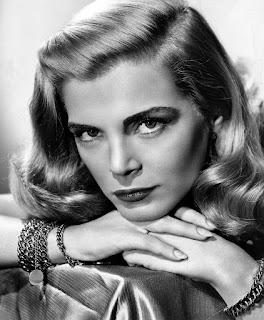 Lizabeth Scott (1922 – 2015) was an American actress dubbed “The Threat” because she had a similar husky voice and screen persona as Lauren Bacall. Scott was understudy to Tallulah Bankhead in The Skin of Our Teeth but never got the opportunity to replace Bankhead’s run of the play. When Bankhead was replaced by Miriam Hopkins, Scott did go on for one night and received good reviews. It wasn’t long for Hollywood to take notice and producer Wallis signed her to a contract. She made her film debut as Ivy Hotchkiss in You Came Along (1945) with Robert Cummings. The Strange Love of Martha Ivers (1946) was Scott’s second feature. She went on to star in Dead Reckoning (1947) with Humphrey Bogart, I Walk Alone (1947) with Burt Lancaster, and Dark City (1950) with Charlton Heston in his film debut. She had a falling out with producer Wallis after starring in Loving You (1957) with Elvis Presley and another Wallis contract player, Wendell Corey. She basically retired from film after Loving You but appeared on television sporadically during the 1950s and 1960s.


Questions for discussion:
1. Noir or not? Does this fit into what you consider a film noir?
2. Is there a femme fatale in this film? If yes, who is it?
3. Does this film remind you of another famous film noir?
4. Was the ending a surprise or did you expect it?
5. What did you think of the performances? Did one performance stand out to you?

Join us for a discussion of this film on Zoom, May 12 at 6:30 p.m. Central Time. The invitation with links is below.

Below is the movie on YouTube. Please use this link; there are many prints of this film on YouTube, but this one is the best by a mile.

Below is the Zoom invitation.

Posted by Stephen Reginald at 6:42 PM