The 39 Steps (1935) is a British thriller directed by Alfred Hitchcock and starring Robert Donat and Madeleine Carroll. The Screenplay was by Charles Bennett and Ian Hay. It was based on the novel of the same name by John Buchan.

The plot centers on a man, Richard Hannay (Donat) who meets Annabella Smith (Lucie Mannheim) at a London music hall after three shots are fired. She tells Richard that she is a spy and is being chased by two men who want to kill her. She has uncovered a plot to steal information that is critical to the British army’s defense. She brings up “The 39 Steps,” but doesn’t explain its significance. Later that evening, Annabella is fatally stabbed and tells Richard to flee because they’ll be after him next. He finds a map of the Scottish Highlands in her dead hands and sees the town of Killin where a house named “Alt-na-Shellach” is circled. Thus begins his journey to escape from the assassins and a murder rap for killing Annabella. Along the way he meets Pamela (Carroll) who flees with Richard most reluctantly.

The 39 Steps was an enormous hit in Britain and the United States. Both Donat and Carroll had made films in Hollywood and were a known quantity there. Both would go on to have successful careers in Hollywood and Europe. 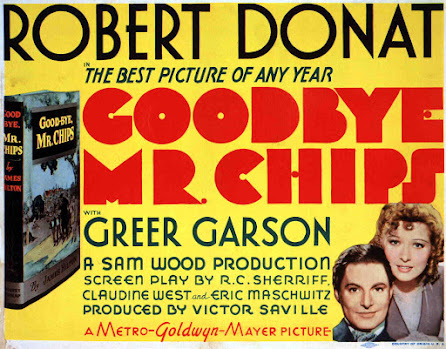 Robert Donat (1905 – 1958) was an English stage and film star. During the 1930s, he was one of Britain’s top male stars. He is perhaps best remembered for his roles in The 39 Steps and Goodbye Mr, Chips (1939), winning the Best Actor Academy Award for the latter. Hitchcock wanted Donat for the role of Detective Ted Spencer in Sabotage (1936) and Secret Agent (1936), the latter role would have reunited him with Carroll. Donat suffered from severe and chronic asthma which affected his film career. He only made a total of 20 films. 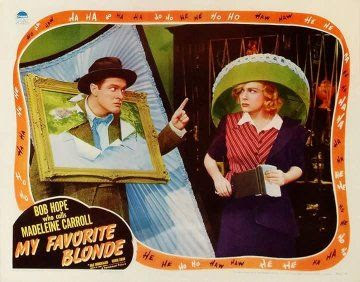 Madeleine Carroll (1906 – 1987) was an English film and stage actress who was a star in both Britain and America. In 1938 she was the world’s top-paid actress. In The 39 Steps, Carroll was the prototypical cool, blonde. The film boosted Carroll’s film profile and brought her to Hollywood and was offered a lucrative contract with Paramount Pictures. Some of her popular American films include The General Died at Dawn (1936) co-starring Gary Cooper, Lloyd’s of London (1936) which made a star of Tyrone Power, The Prisoner of Zenda (1937) costarring Ronald Colman, Honeymoon in Bali (1939) with frequent costar Fred MacMurray, Northwest Mounted Police (1940), again costarring Cooper with direction by Cecil B. DeMille. In 1942, Carroll was cast as Bob Hope’s leading lady in My Favorite Blonde. After World War II, Carroll returned to Britain. She was back in the US to costar once again with Fred MacMurray in An Innocent Affair (1948). Her last film was The Fan (1949) where she played the mysterious Mrs. Erlynne.

When Carroll’s only sister, Marguerite, was killed during World War II’s London Blitz, Carroll gave up her film career to work in field hospitals as a Red Cross nurse. She was a naturalized US citizen in 1943 so she served at the American Army Air Force’s 61st Station Hospital in Foggia, Italy the next year.

Carroll donated her chateau outside of Paris to house more than 150 orphans. She organized young people in California to make clothing for the orphans. For her work, she was awarded the Legion d’honeur by the French government. Allied Commander Dwight Eisenhower allegedly said that of all the movie stars he met in Europe during the war, he was most impressed with Carroll and Herbert Marshall. Marshall helped military amputees gain confidence and independence. Marshall was an amputee himself. After the war, Carroll stayed in Europe where she helped in the rehabilitation of concentration camp victims.

Part of what makes this turn in Carroll’s life worth noting is that she left Hollywood at the very height of her career, something that few people in her situation would have done.

A young Peggy Ashcroft (1907 – 1991) has a small, but important role as Margaret, a young married woman who helps Richard escape from the assassins. Ashcroft would go on to have a successful stage and film career. In 1984, she won an Academy Award for Best Supporting Actress for her portrayal of Mrs. Moore in A Passage to India.

To watch the film on YouTube, use the link below

Posted by Stephen Reginald at 5:49 PM