Suspicion (1941) is a psychological romance directed by Alfred Hitchcock and starring Cary Grant and Joan Fontaine. The screenplay was written by Samson Raphaelson, Joan Harrison, and Alma Reville (Mrs. Alfred Hitchcock). The movie was based on the novel Before the Fact (1932) by Francis Iles.

Playboy Johnnie Aysgarth (Grant) meets a shy young woman named Lina McLaidlaw (Fontaine) on a train in England. Later they meet and he flirts with her and though reluctant at first, but she lets her defenses down when she hears her parents conclude that she will never marry.

Lina and Johnnie do marry but all is not bliss. Johnnie lies and connives his way through life leading Lina to think she made a terrible mistake by marrying him. The situation between them grows worse with Lina suspecting that Johnnie wants to do her in to gain her inheritance. 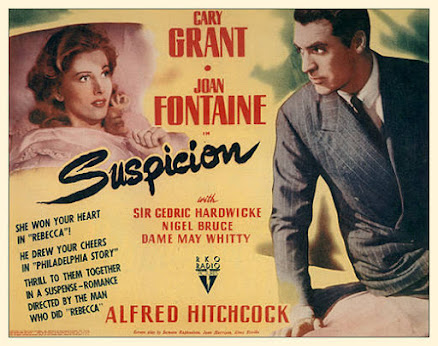 Cary Grant (1904 – 1986) was an English-born American actor who became one of the most popular leading men in film history. Grant started his career in vaudeville before heading to Hollywood. He became a superstar in the late 1930s in a series of screwball comedies including The Awful Truth (1937) with Irene Dunne. He was a memorable C. K. Dexter Haven in The Philadelphia Story (1940) opposite Katharine Hepburn and James Stewart. He received two Best Actor nominations for Penny Serenade (1941) and None but the Lonely Hearts (1944). Other classic Grant films include Gunga Din (1939), Only Angels Have Wings (1939), and Arsenic and Old Lace (1944). He made four popular films with Alfred Hitchcock: Suspicion (1941), Notorious (1946), To Catch a Thief (1955), and North by Northwest (1959). He was presented with an Honorary Oscar at the 42nd Academy Awards in 1970. 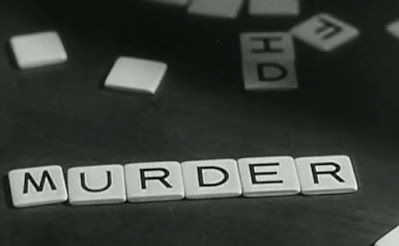 The cast is rounded out by Cedric Hardwicke, Dame May Whitty, and Nigel Bruce.

To join our discussion of the film on Zoom, April 6, 2021, at 6:30 p.m., click here. Once you RSVP, you will receive an email with Zoom invitation and meeting link.

Posted by Stephen Reginald at 5:26 PM