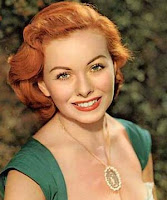 During the mid-1940s, you couldn't be more famous or more beloved than Jeanne Crain. Under exclusive contract to Twentieth Century Fox since 1943, Crain was a top box office star until the early 1950s. During the war years, Crain received more fan mail than anyone on the Fox lot except Betty Grable.


Forties trifecta
In the mid-40s, Crain had hits with State Fair

, and Margie (both 1946). But in 1949 she really hit her stride with three critical and financial successes: A Letter to Three Wives

, The Fan, and Pinky

. Not only that, but she worked with three uniquely talented directors in each of those films. For A Letter to Three Wives, Crain worked with Joseph Mankiewicz 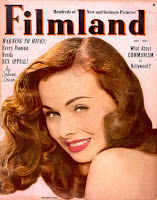 During Crain's peak in popularity, her face was on the covers of dozens of magazines. In Crain's obituary, film historian and Turner Classic Movies (TCM) host, Robert Osborne

, called her the "Julia Roberts of the day."

Pregnant pauses
Crain was so popular and such a favorite of Fox studio chief, Darryl Zanuck

that he slated many of the plum female roles for her. One problem for Crain was that she was seemingly always pregnant, which frustrated Zanuck to no end and resulted in Crain losing out on some great parts. 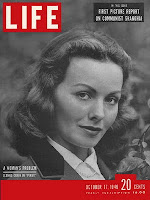 One role that Crain may have missed, because she was pregnant, was Eve Harrington in Mankiewicz's All About Eve

(1950). Mankiewicz didn't think Crain could be tough enough in the role, but I think it would have been a brilliant move to cast Crain against type. (I mean no disrespect to Anne Baxter, who was superb.) But imagine audiences discovering that sweet Jeanne Crain was a cold, calculating villain. From Zanuck's perspective, it made sense to cast Crain in that role because she would have been a huge box office draw. Pinky was the biggest grossing film of 1949, and Bette Davis's star power was greatly diminished. With all the acclaim Eve got, it wasn't a huge box office hit; with Crain in the picture, it might have hit box office gold.

With Pinky, the first film from a major studio to deal with racism, Crain was nominated for her only Best Actress Academy Award. She lost out to eventual winner, Olivia deHaviland (The Heiress

), but it was an acknowledgement that Crain was more than just a pretty face.

And a pretty face she was, indeed.

Posted by Stephen Reginald at 1:21 PM