The Year in Review
As 2011 comes to a close, I thought it would be fun to revisit the top-ten posts of the year. We lost some classic movie legends, including Elizabeth Taylor and Farley Granger. This year, Classic Movie Man taught another film class at Facets Film School: Elegant and Madcap: The Incredible Versatility of Irene Dunne. It was great fun introducing this remarkable actress and movie star to folks who were not familiar with her body of work.

Below are the top-ten Classic Movie Man posts for 2011. Are any of your favorites on this list?

Number 10—Classic Movie Man’s Guilty Pleasure: “Devotion” This fictionalization of the lives of the Brontë sisters was short on the facts (according to critics of the day), but is great melodrama with Ida Lupino as Emily and Olivia de Haviland as Charlotte. Paul Henried, Nancy Coleman, and Arthur Kennedy round out the talented cast. The film score by Erich Wolfgand Korngold is lush and beautiful, as is the movie’s overall production.

Number 9—Jeanne Crain: More Than Just a Pretty Face. A personal favorite of mine, Crain was one of the most popular movie stars during the late-1940s to early-1950s. So popular was Crain that when she passed away in 2003, Turner Classic Movies’ Robert Osborn called her “the Julia Roberts of the day.” She appeared in some great films, including A Letter to Three Wives, Apartment for Peggy, and Pinky, the latter earning Crain her only Academy Award nomination for Best Actress.

Number 8—Farley Granger, star of Hitchcock’s “Strangers on a Train.” Granger was a product of the Hollywood dream factory. Plucked from obscurity and signed to a movie contract by Samuel Goldwyn, he was featured in some popular films during the mid-1940s like The Purple Heart and The North Star. While under contract to Goldwyn, Granger’s best roles were a result of being loaned out to other studios. Two of his most famous films, Rope and Strangers on a Train both directed by Alfred Hitchcock, were made on loan to Warner Bros.

Number 7—Fred MacMurray: Nice-Guy Movie Star. Mostly remembered today for his iconic TV role as Steven Douglas in My Three Sons, MacMurray had a substantial movie career. In fact, MacMurray was the highest paid movie star in the world in 1943. 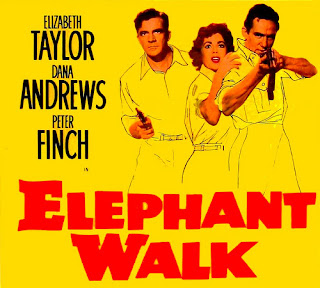 Number 6—Ida Lupino: A Lasting Legacy in Hollywood. Lupino not only was a great movie star, but she was a writer, director, and producer of independent films in the late-1940s and 50s. She was one of the only women directors working in Hollywood, directing classic TV episodes of The Twilight Zone, Alfred Hitchcock Presents, and The Untouchables. In 1966, Lupino finally got a big budget production to direct: The classic comedy The Trouble With Angels starring Rosalind Russell and Halley Mills.

Number 4—“Jane Eyre”: A Golden Age Classic. One of my favorite classic films, I thought a review was in order when a new version by director Cary Fukunaga released this past spring. Featuring beatuiful black and white cinematography and a wonderful performance from Joan Fontaine as Jane. Orson Welles is a little over-the-top as Rochester, but it doesn’t take anything away from the overall production. It also features a young unbilled Elizabeth Taylor as Jane’s doomed childhood friend Helen.

Number 3—Joan Bennett: Almost Scarlet O’Hara, But Always a Star. Bennett almost snagged the role of Scarlet O’Hara, but she got over that disappointment fairly quickly. She starred in musicals, comedies, and dramas, becoming one of the screen’s great femme fatales. Bennett gave terrific performances in three films directed by Fritz Lang: Man Hunt, Scarlet Street, and The Woman in the Window. After her movie glory days were over, she became a pop-culture icon as Elizabeth Collins Stoddard in daytime TV’s Gothic soap opera Dark Shadows. She was also one of the few actresses who could realistically play mother to Elizabeth Taylor (she physically looked as beautiful). She did this twice in Father of the Bride and Father’s Little Dividend.

Number 1—Elizabeth Taylor: Born To Be a Star. With Taylor’s passing, an era passed with her. One of the last great movie stars to come out of the studio system, she epitomized Hollywood style and glamour. Her beautiful looks notwithstanding, Taylor gave some memorable screen performances and won two Best Actress Academy Awards during her long career. As famous for her well-publicized off-screen life, she was the quintessential movie star.

Thanks for reading the Classic Movie Man blog in 2011. I hope you’ll continue to read and follow this blog into 2012 and beyond!

Posted by Stephen Reginald at 10:00 AM