For the past two years, I’ve posted my personal favorite Christmas movies. This year is no different, although it is getting more challenging to pick new classic films that I haven’t mentioned before. This year’s post includes some new classic films, plus a list of all-time favorites. Movies listed below are in order of their initial release. Okay, here we go! 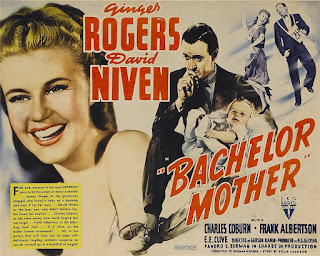 Bachelor Mother—1939 Ginger Rogers plays Polly Parrish a department store clerk at Merlin’s Department Store who finds out that her job is being eliminated as the Christmas holiday season is winding down. While passing by an orphanage, Polly sees a baby left outside on the steps. Fearing the baby will topple over, she picks up the basket, just as the orphanage door opens. Polly tries to explain to everyone that the baby isn’t hers, but no one believes her. Enter David Merlin (David Niven) as the department store owner’s (Charles Coburn) playboy son. David feels sorry for Polly and arranges for her to get her old job back. After all, how is she supposed to support herself and a baby too? Another classic from that magical Hollywood year: 1939. With a screenplay by the legendary Norman Krasna, based on a story by Felix Jackson, and with direction by Garson Kanin, how could you go wrong? Fortunately, for us, everything goes right. Rogers does her best street smart, but vulnerable working girl act and Niven is perfect as the somewhat stuffy, at first, playboy who falls for both Polly and the baby. Throw in the irascible Coburn as J.B. Merlin, the owner of Merlin’s and you’ve got the perfect holiday movie to enjoy with the whole family. 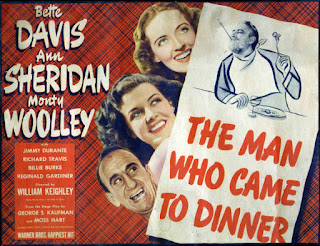 The Man Who Came To Dinner—1942 Radio personality Sheridan Whiteside (Monty Woolley) slips on the ice-covered steps of the home of Ernest and Daisy Stanley (Grant Mitchell and Billie Burke), a prominent Ohio family. Temporarily incapacitated, he’s forced to recuperate at the Stanleys’s home during Christmas. The cast is perfect: Woolley recreates the role he played on Broadway, a subdued Bette Davis plays Whiteside’s secretary Maggie Cutler, and Ann Sheridan, in a scene-stealing performance, is vain Broadway actress Lorraine Sheldon. The self-centered and egotistical Whiteside makes everyone’s life miserable, with his impossible demands to make his stay more comfortable. The rest of the supporting cast is memorable, including the wonderful Mary Wickes (also recreating her Broadway role) as Nurse Preen, Reginald Gardiner as playwright Beverly Carlton, and Jimmy Durante as Banjo. The beginning of the film is a little slow, but once the situation and the characters are established, it’s fast and furious all the way.

Backstory: Charles Laughton and Orson Welles campaigned hard for the role of Whiteside. 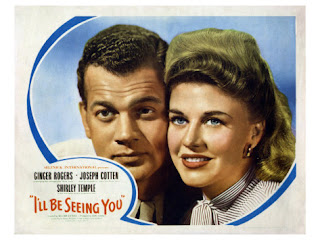 I’ll Be Seeing You—1944 Another movie set during the Christmas holidays concerns Mary Marshall (Ginger Rogers), a young woman convicted of manslaughter, on holiday furlough from prison, who meets a shell-shocked war veteran Sgt. Zachary Morgan (Joseph Cotten) on a train. Attracted to each other from the start, Mary and Zach lie to each about their respective pasts. The two exchange names when the train pulls into the Pine Hill train station. Zach contacts Mary and she invites him to dinner where he reveals something about himself that sets the rest of the narrative in motion. Mary, disillusioned with how her life has turned out is not as forthcoming. An interesting and touching movie, I’ll Be Seeing You may require at least two hankies during viewing.

Backstory: The film introduced the song “I’ll Be Seeing You” which became a big hit and is played throughout the film. 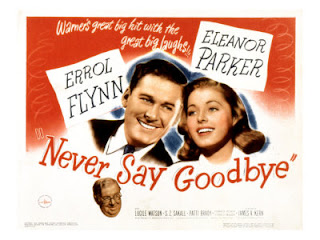 Never Say Goodbye—1946 Somehow this movie escaped me until this year. A favorite of a writer-friend of mine, I finally caught it on Turner Classic Movies. This fun, romantic comedy stars Errol Flynn and the ravishing Eleanor Parker. The plot is like an early version of The Parent Trap, but without the twin. Flynn and Parker play the divorced parents of eight-year-old Phillipa “Flip” who is tiring of spending six months out of the year with each parent. Desperate to get her parents back together, Flip enlists the help of Cpl. Fenwick “Wickie” Lonkowski (Forrest Tucker), a World War II vet who Flip has been writing to for months. The major action takes place during the Christmas holidays. In a rare comedy role, Flynn gets to make fun of his swashbuckler image, playing a Vargas Girl-type commercial artist. The supporting cast is perfect. There’s Lucille Watson as Parker’s mother, doing her best pain-in-the-neck mother-in-law routine, S.Z. Sakall as Luigi (you have to see the movie to figure out how he ended up with a name like that), and Hattie McDaniel as Flip’s nurse Cozy. As Flip, child actress Patty Brady is appealing and believable. Never Say Goodbye is a lighthearted, fun, feel good holiday movie.

Backstory: Flip calls her father Robin Hood, one of Flynn’s most famous film roles. Flynn does a physical impersonation of Humphrey Bogart, but Bogart’s voice is dubbed for Flynn’s.


A Christmas Carol—1951 This is the definitive version of the Charles Dickens classic. Alastair Sim, the great British character actor makes a wonderful Ebenezer Scrooge. Even though most critics consider this one of the best versions of the Dickens novela, it does take some liberties with the original text. However, the film manages to capture the soul of the story, making Scrooge’s transformation both believable and touching. If you’ve never seen this version, you’re in for a treat.

Backstory: Released as Scrooge in the U.K. it was set to debut in the U.S. at Radio City Music Hall, but considered too downbeat for family viewing by theatre management. 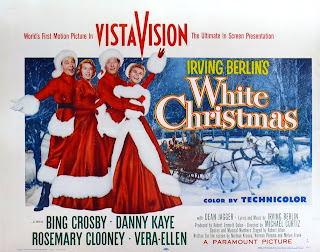 White Christmas—1954 This perennial Christmas favorite is really an excuse for Bing Crosby and Rosemary Clooney to sing some great tunes, Danny Kaye to mug for the camera, and Vera-Ellen to dance up a storm. The plot revolves around old army buddies, Crosby and Kaye and their attempts to help out their old commanding officer who is down on his luck. Major General Thomas F. Waverly’s (Dean Jagger) Pine Tree Ski log in Vermont is on the skids. So Crosby and Kaye, along with sisters Clooney and Vera-Ellen, bring Broadway to the lodge in an attempt to save it and honor their beloved comrade. The plot is corny, but the cast of pros make it all work. And it’s hard to resist those great Irving Berlin tunes.

For a list of some other Christmas favorites check out the lists from 2010 and 2011.

Posted by Stephen Reginald at 10:00 PM