Perhaps you’ve seen this type of slideshow from lifedaily before. They’re usually links posted beneath a news story on that news company’s Web site and tend toward gossip. Most of the time I ignore these slideshows, but I clicked on this one because it featured an image of a movie star I admire that piqued my curiosity. 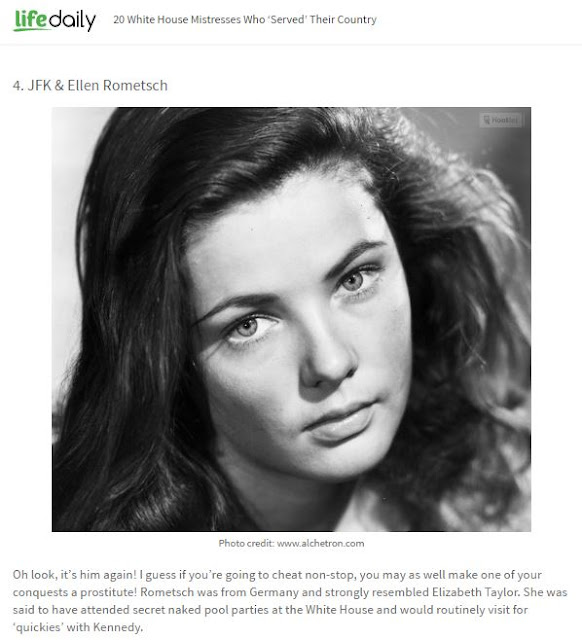 This is a picture of Gene Tierney (I think this is a publicity still from Tobacco Road) identified as a prostitute who had an affair with JFK during his presidency. It’s true that Tierney dated Kennedy, but that was before he was married and before he was president. And I’m certain Tierney, with all her well-documented troubles, was never a prostitute. This kind of sloppiness makes you wonder what if anything “reported” is true. Not sure if any of Tierney’s relatives have seen this, but if they have, I think they may have a lawsuit in the making.

Posted by Stephen Reginald at 12:18 PM