Noir City’s 10th anniversary kicks off with an Opening Night tribute to writer-director Carl Franklin. Join us for a double bill of his neo-noir classics and an in-person discussion between films with the director and Noir City host Eddie Muller. Then return to Noir City for the following six days and nights for a thrilling excursion through the original film era, comprising chronological “A” and “B” double features of film noirs both legendary and obscure! Weekend shows presented by Eddie Muller, host of TCM’s Noir Alley! Weeknight shows hosted by the Film Noir Foundation's Alan K. Rode, author of Michael Curtiz: A Life in Film. 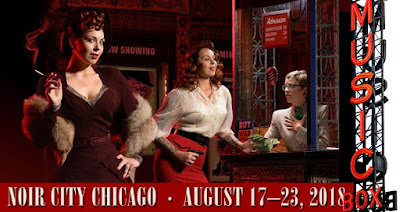 Posted by Stephen Reginald at 8:30 PM