Olivia de Havilland turned 102 on July 1. Yes, 102! De Havilland is a true living legend and one of the few movie stars still with us who came to be during Hollywood’s Golden Age.

A two-time Best Actress Oscar winner—To Each His Own 1946 and The Heiress 1949—de Havilland is probably best known to movie audiences today as Melanie Hamilton in Gone With the Wind (1939). De Havilland’s performance in that film is a marvel. In the hands of a lesser actress, Melanie could have been too sickeningly sweet, but in de Havilland’s hands, she’s a strong, compassionate, and intelligent woman. As a friend of mine noted, she understood Scarlett, Ashley, and Rhett better than they understood themselves. Her compassionate, non-judgmental approach endeared herself to all three, even the self-centered Scarlett. 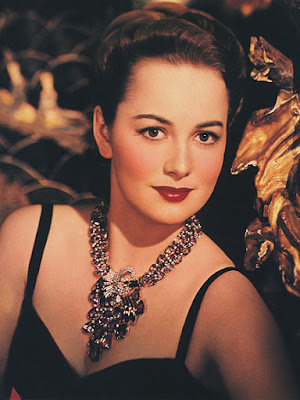 De Havilland was nominated for Best Supporting Actress for her performance as Melanie, but she was bested by Hattie McDaniel who played the irrepressible Mammie. McDaniel also made film history as the first African American to win an Academy Award.


De Havilland has a strong body of work, most of which holds up under 21st Century scrutiny. Her acting is free from affectation and over-the-top-emoting. Her style remains amazingly contemporary.

Next year (2019) will be the 80th anniversary of the release of Gone With the Wind. Let’s hope de Havilland will be with us to celebrate this film milestone. 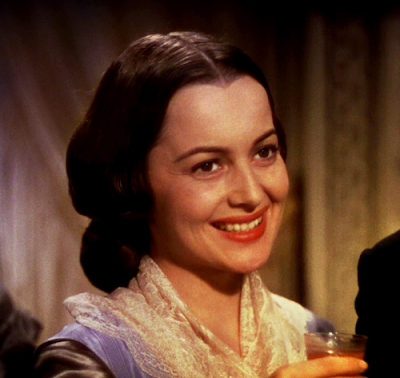 Posted by Stephen Reginald at 5:32 PM

Email ThisBlogThis!Share to TwitterShare to FacebookShare to Pinterest
Labels: Classic Movie Man, Gone Wtih the Wind, Hold Back the Dawn, Joan Fontaine, Melanie Hamilton, Olivia deHaviland, Stephen Reginald, The Heiress, To Each His Own