James Mason is the “Odd Man Out”

Odd Man Out (1947) is a British film directed by Carol Reed and starring James Mason and Robert Newton. The film made Mason an international film star and elevated Reed to the ranks of the top directors of the day. 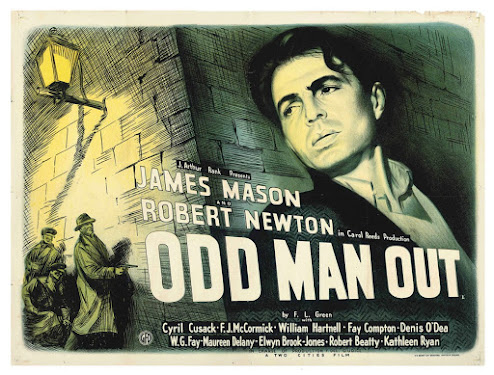 Johnny McQueen (Mason) is a member of the IRA and has been hiding out since his escape from prison in the home of Kathleen Sullivan (Kathleen Ryan). He’s been hiding out for six months and is suddenly ordered to rob a mill to get money for IRA activities. His men and associates wonder if Johnny is up to the job and suggest that another take the lead. Johnny doesn’t give up control and the robbery proceeds with Johnny in the lead, but things don’t go as planned.

Carol Reed (1906 – 1976) was an English film director. He directed several classic films including The Fallen Idol (1948), The Third Man (1949), and Oliver! (1968). Reed worked in a theatrical company in his teens. He eventually entered the film business in the UK where he worked his way up to the position of assistant director. He got his big break as a director with The Stars Look Down (1940) based on a novel by A. J. Cronin and starring Michael Redgrave. Other British films followed including Night Train to Munich (1940) starring Margaret Lockwood and Rex Harrison, Kipps (1941) with Redgrave again, and The Young Mr. Pitt (1942) starring Robert Donat. 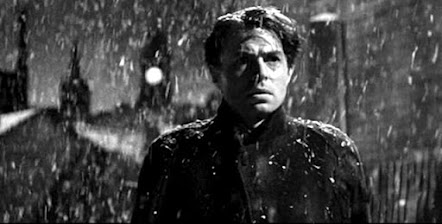 James Mason (1909 – 1984) was an English actor who was a movie star in the UK before coming to Hollywood. His popular British films include The Seventh Veil (1945) and The Wicked Lady co-starring Margaret Lockwood (1945). His performance in Carol Reed’s Odd Man Out (1947) brought him international acclaim and success in Hollywood. In Hollywood he starred in four films in 1949: Caught, Madame Bovary with Jennifer Jones, The Reckless Moment with Joan Bennett, and East Side, West Side with Barbara Stanwyck. Other popular American films include The Desert Fox: The Story of Rommel (1951), The Prisoner of Zenda (1952), Julius Caesar (1953), A Star is Born (1954), 20,000 Leagues Under the Sea, Island in the Sun (1957), North by Northwest (1959), Journey to the Centre of the Earth (1959), and Lolita (1963). Mason continued to work in film and television up and to the time of his death.

Many of the supporting players came from Dublin’s Abbey Theatre including Cyril Cusack, Robert Beatty, and Dan O’Herlihy. 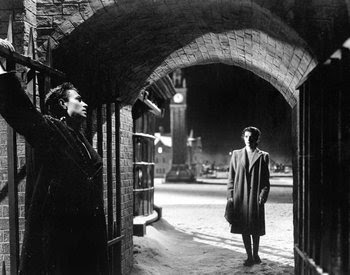 To join the discussion on Zoom on December 1, 2020, at 6:30 p.m. Central Time, click on the link here. You’ll need to RSVP to get your Zoom invitation.

Posted by Stephen Reginald at 12:21 PM