Been There Dunne That 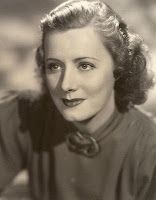 Today, Irene Dunne is remembered as one of the top movie actresses from Hollywood’s golden age. She was nominated for five Best Actress Oscars between 1931 and 1949. Although she never won a competitive Oscar, she excelled at both comedy and melodrama. Dunne was known for her professionalism on and off the set. As far as her personal life was concerned, Dunne was never the subject of negative press. And she was married to the same man for 37 years, practically a miracle in Hollywood.

Kentucky-Born, Indiana-Bred
Dunne was born in Kentucky in 1898, but moved to Madison, Indiana, after her father’s death when she was 12. Dunne’s mother encouraged her young daughter to study piano and voice. As an adult, Dunne won a scholarship to Chicago Musical College, now part of Roosevelt University. After she earned her degree, Dunne was determined to sing Opera at New York’s Metropolitan. While performing as Magnolia in the Chicago company of Show Boat, Dunne was discovered and signed to a movie contract with RKO. The studio wanted to groom her to star in movie musicals. The Metropolitan Opera would have to wait. 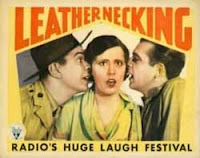 Slow Start
In the early days of talking pictures, musicals were all the rage. Dunne’s first film was the forgotten musical comedy Leathernecking (1930). Unfortunately for Dunne and RKO, the popularity of movie musicals was in decline and Leathernecking was a flop. The following year would prove to be a game-changer.

Dunne’s next role was as Sabra Cravat, the heroine of Edna Ferber’s epic novel Cimarron (1931). Still relatively unknown, it was remarkable that she was given such an important part. The film, costarring Richard Dix, was an immediate critical and financial success. It brought Dunne her first Best Actress Academy Award nomination and it set the course of her career for the next five years.

Queen of the Weepies
Instead of starring in musicals, the career path RKO originally plotted for her, Dunne was cast in a series of successful melodramas. These melodramas included Back Street (1932), This Man is Mine (1934), and Magnificent Obsession (1936). Due to her commercial successes in melodramas, she was dubbed the "Queen of the Weepies," in the trade. Dunne did make two musicals during this period: Roberta (1935) and Show Boat (1936). Both movies were hits, but they didn’t have the world clamoring for more Irene Dunne musicals.

Producers saw something in Dunne’s portrayal of Magnolia, another Edna Ferber character, in Show Boat. It was the ability to let herself go in the musical numbers. There was joy and humor in her performances. The studio suits theorized that Dunne would be perfect for the role of Theodora Lynn in Theodora Goes Wild (1936) on loan-out to Columbia. But Dunne didn’t like comedy. Plus she had an excellent career as a dramatic actress and didn’t want to damage her reputation by giving a poor performance. So adverse was Dunne to playing Theodora that she took an extended vacation in Europe, hoping the studio would assign the role to another actress. After much prodding and pleading, and a few threats from Columbia, Dunne finally relented. What happened would be a major high point in an already successful career.

This Place is Full of Aunts 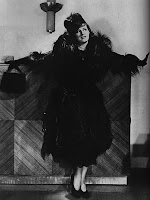 In Theodora Goes Wild, Dunne plays a small-town girl raised by two maiden aunts. Unbeknownst to them and the rest of the inhabitants of Lynnfield, CT, is the secret that Theodora has written a monster best-selling novel, The Sinner, under the penname, Caroline Adams. On a visit to her publisher in New York City, Theodora meets an unhappily married artist who seems to think Theodora needs to loosen up and live a little. As the movie progresses, Theodora does loosen up, but realizes she’s not the only one whose life could use a shot of excitement. Dunne’s character eventually reveals her true identity and throws caution to the wind, while the rest of Lynnfield is left dumbstruck.

Wild Success
Theodora Goes Wild was an instant hit with film critics and audiences. For her tour de force performance, Dunne received her second Academy Award nomination for Best Actress. As the choir-singing, organ-playing, church soloist, all of Dunne’s talents were on display.

Dunne and Theodora were in good company in 1936. Frank Capra’s Mr. Deeds Goes to Town and Gregory La Cava’s My Man Godfrey were also released that year. Dunne’s fellow Hoosier, Carole Lombard, was nominated for Best Actress. Both Dunne and Lombard lost out to Louise Rainer, who had a supporting role, if that, in The Great Ziegfeld, in one of the most controversial Best Actress races of all time.

Looking back, it’s hard to understand Dunne’s reluctance to play Theodora. She performs the role so effortlessly and is so believable. It’s a good thing too because if we don’t believe Dunne and her genuine small-town goodness, the movie doesn’t work. Perhaps Dunne realized this when she saw the script and knew if not played just right, it would be an utter failure, a failure laid entirely at her feet. Fortunately for Dunne and film history, she was more than up to the task. If there were no Theodora, chances are there would be no Lucy Warriner in The Awful Truth, no Ellen Arden in My Favorite Wife

, and no Nancy Andrews in Unfinished Business. And that would have been a pity. A real pity indeed!