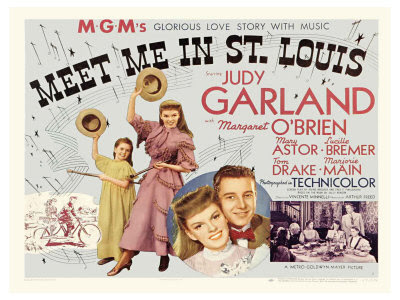 Meet Me In St. Louis

—1944 This musical classic may not be thought of as a Christmas movie, but the story about the trials and tribulations of the Smith family in the year before the 1904 World’s Fair does contain the Christmas classic “Have Yourself a Merry Little Christmas.” As sung by Judy Garland to a young Margaret O’Brien, it became an instant hit and holiday standard. Great music, beautiful color cinematography, and a wonderful ensemble cast make this the perfect movie to watch on a snowy winter’s evening with family and friends. 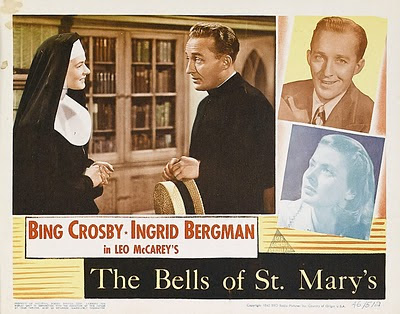 The Bells of St. Mary’s

—1945 Can anyone make great sentimental films the way Leo McCarey did? McCarey was a master of emotional manipulation, but in a good way. Plus, when you have Ingrid Bergman as your leading lady (even if she’s playing a nun), you can’t really go wrong, can you? Bing Crosby reprises his Oscar-winning performance as Father O’Malley in this sequel to Going My Way

, but it’s Bergman’s Sister Benedict that really is the heart and soul of this Christmas classic, in my opinion. And who do we have here? Henry Travers, the great character actor, playing business tycoon-turned-benefactor, Mr. Bogardus, one year before he would be immortalized as the angel Clarence in It’s a Wonderful Life 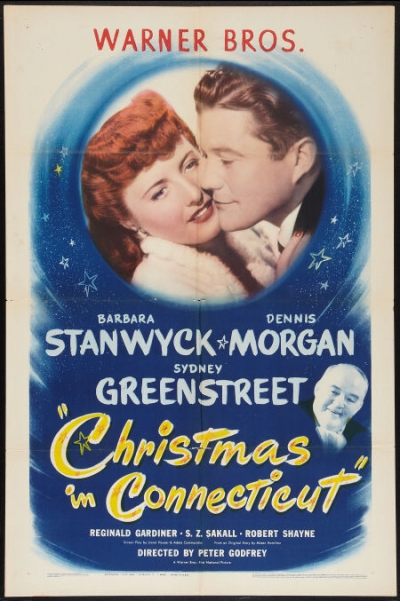 —1945 A big hit when first released, this holiday classic is sometimes overlooked in the lists of great Christmas movies. Made when Barbara Stanwyck was at her peak, the story is clever and genuinely funny. Stanwyck’s character is a sort of 1940s version of Martha Stewart, except, unlike Martha, she has no domestic skills whatsoever. When compelled by her magazine publisher to entertain a war hero, Stanwyck goes into high gear to present herself as the perfect domestic goddess the reading public and her publisher think she is. Stanwyck, often cast in heavy melodramas was a great comic actress. She looks luminous on screen as the career woman falling for war hero Dennis Morgan. 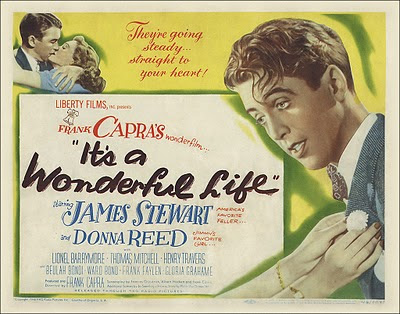 —1946 What do you say that hasn’t already been said about this classic holiday favorite? Well, for starters, it wasn’t such a big hit when released. Most post-war audiences thought the story line was rather dark. Today, the tale of George Bailey visited by an angel named Clarence, who shows George what life would be like if he hadn’t been born, is almost required viewing during the Christmas season. James Stewart is perfectly cast as George and Donna Reed is every bit his equal as George’s wife, Mary. Reed’s characterization is pitch perfect and she makes us understand why George loves her so. 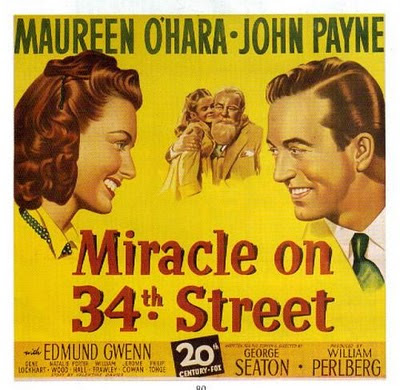 —1947 There have been other versions of this classic, but none come close to matching the warmth and intelligence of the original. It’s amazing to me how well this movie holds up today. Maureen O’Hara is a single working mom trying to balance work while raising her young daughter, Susan, played by Natalie Wood. All the praise went to Edmund Gwen as Kris Kringle, and he’s wonderful (Best Supporting Actor winner), but O’Hara gives a beautifully layered performance as Doris Walker, a conflicted career woman who doesn't want her daughter to believe in fantasies of any kind. John Payne is also excellent as Fred Gailey, as is George Seaton’s crisp and fluid direction. 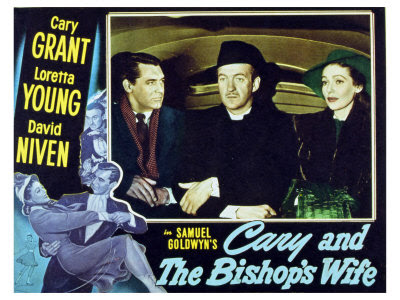 —1947 Released the same year as Miracle on 34th Street, the movie boasts two of the most glamorous movie stars in the history of film: Loretta Young and Cary Grant. And for us regular folk, there’s David Niven as the bishop. Probably the most spiritual of all the Christmas classics, The Bishop’s Wife grows on me with each viewing. Niven is a bishop struggling to raise money to build a cathedral without compromising his faith or his marriage to Young. Grant plays an angel named Dudley sent from heaven to help the bishop during his hour of need. Perhaps a little too earthly an angel for his own good, Grant finds himself falling for Young, who, in simple dress and hairstyles, radiates feminine grace and beauty. A wonderful movie about grace, love, and commitment that continues to speak to audiences today.

The above is hardly an exhaustive list of my favorites, but these are very close to the top. What are your favorite Christmas movies? Do you have a list of holiday favorites that you absolutely have to watch every year? I’d love to hear from you.
Posted by Stephen Reginald at 9:38 PM

Email ThisBlogThis!Share to TwitterShare to FacebookShare to Pinterest
Labels: Christmas in Connecticut, Classic Movie Man, It's a Wonderful Life, Meet Me in St. Louis, Miracle on 34th Street, The Bells of St. Mary's, The Bishop's Wife