The 2015 Turner Classic Movies Film Festival ended Sunday evening, but here I am, on Tuesday still basking in the afterglow. As a first-time attendee, the festival exceeded my expectations.

I met attendees from around the country and the world, met fellow movie bloggers for the first time
that I’ve known online for years, and watched and enjoyed some favorite classic films—16 films in four days—on the big screen with fellow classic film enthusiasts. Honestly, what could be better than that?

Robert Osborne was missed, but the festival went forward without a hitch. With great hosts like Ben Mankiewicz—who my friend Kristina got to speak with right before she left—Illeana Douglas, Eddie Muller, and Leonard Maltin, who soldiered on with a twisted ankle, how could it go wrong? 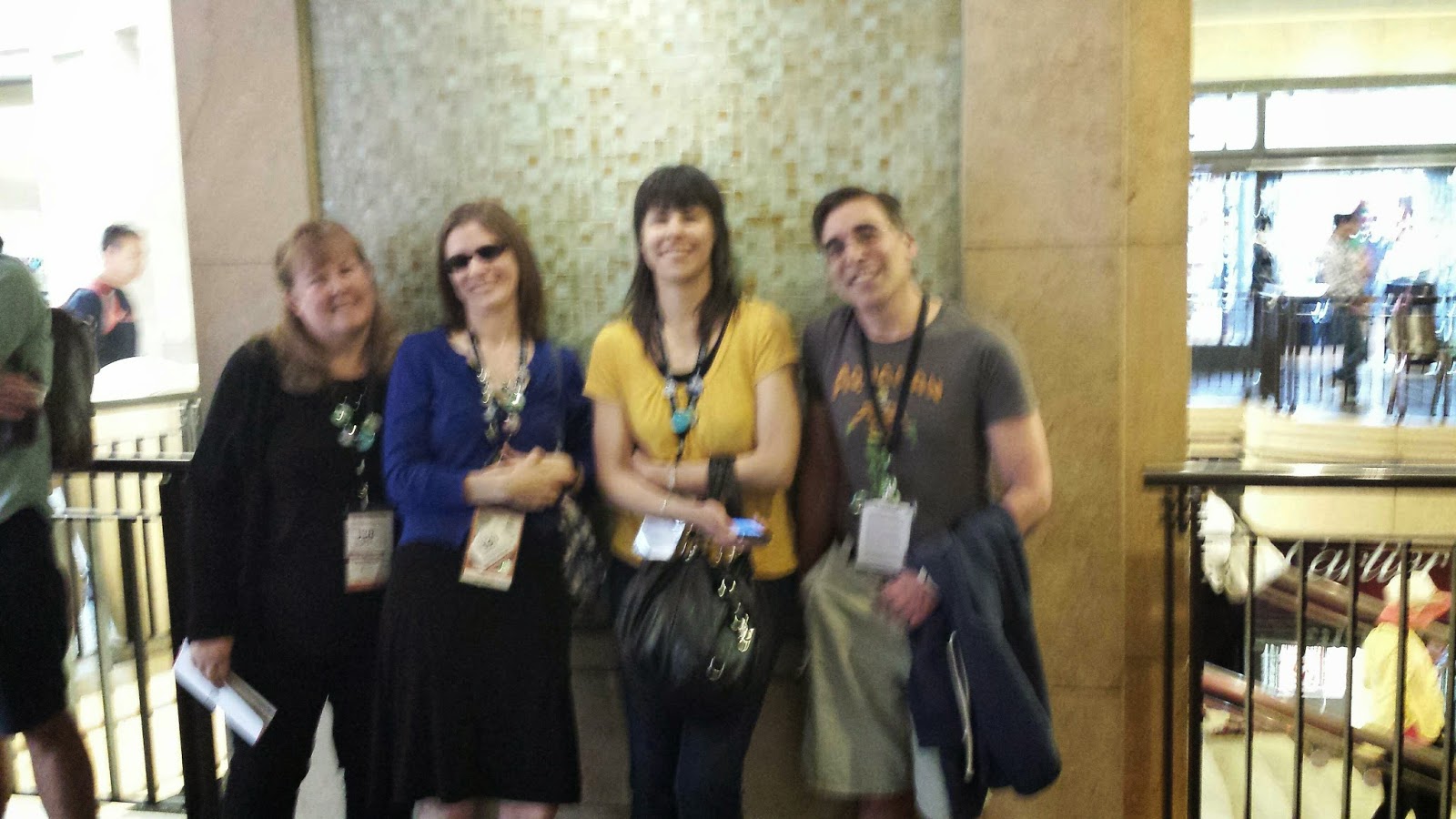 I found it difficult to walk along Hollywood Boulevard with my mouth closed, viewing and taking photos of the stars on the Hollywood Walk of Fame and the famous footprints—Jeanne Crain anyone?—in the courtyard of the TCL Chinese Theatre. And what a treat to actually see these classic films in legendary movie palaces like the Pantages, The Egyptian, and El Capitan.


Surely one of the benefits of the festival is meeting and making friends with fellow classic movie fans. It was wonderful to finally meet Laura (How could I not like someone whose avatar is a pic of Deanna Durbin?) and Kristina, two bloggers I’ve followed for years and whose writing I admire. It was also fun to meet Joel and Trevor, two of the managers of @TCM_Party Twitter account and Kelly and Aurora, two of the most enthusiastic movie fans and all-around wonderul and friendly women on the planet (and okay, they write pretty well too).

Over the next few days and weeks I’ll give you a day-by-day recount of my experiences at the festival and I’m compiling some suggestions for first-time attendees (I hope many get the opportunity to attend). I mean, what could be better than watching a restored print of Calamity Jane with a theater full of Doris Day fans? Answer: not much!

Posted by Stephen Reginald at 8:52 AM