The Good Fairy (1935) has a gem of a screenplay by Preston Sturges, steady direction by William Wyler (Roman Holiday, Ben-Hur), and a dream cast to match. Margaret Sullavan plays Luisa, an innocent young woman who leaves the orphanage where she was raised for a job in the big city of Budapest. 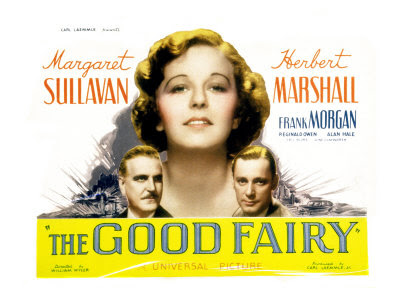 Out in the world, Luisa finds herself pursued by two men: Konrad (Frank Morgan) a rich, older man and Detlaff (Reginald Owen), a grumpy waiter. Konrad wants to make Luisa his mistresss so he can shower her with jewels and furs. To escape Konrad’s clutches, Luisa pretends to be married to Max Sporum (Herbert Marshall), a name she randomly picked from the telephone book. Sporum is a struggling lawyer who has no knowledge of Luisa’s scheme. Undaunted, Konrad strikes a deal with Luisa. If he makes her husband rich by giving him an important position in his company, she will have all the material things she desires—and he desires for her—and they can carry on their affair. Konrad gives Max a big starting bonus, which enables him to furnish his law office in style. Of course things get out of hand, but not before a series of hilarious situations and complications take place. 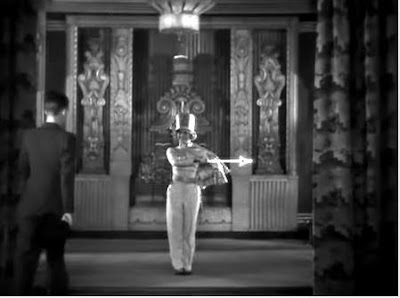 Sullavan shines as Luisa, the wide-eyed innocent in the big city. You really believe that she’s clueless as to the ways of the world and the consequences her actions cause. Morgan almost steals the picture as Konrad, the amorous meatpacker—not to be confused with a butcher. Owen is appropriately stuffy and crabby as Luisa’s kind of big brother wannabe boyfriend. Marshall is appropriately proud and distinguished as Sporum who believes his newfound success is due to his own sterling reputation, but is in for a rude awakening.

The Good Fairy also features the talents of Beulah Bondi, Cesar Romero, Alan Hale, Eric Blore . . . plus an early screen appearance by Jane Withers as one of the orphans.