Sunday the 29th was the last day of the TCM Film Festival. The last day is always bittersweet. Sweet because there are still some great moves to be seen and bitter because we know that the fun will end all too soon. 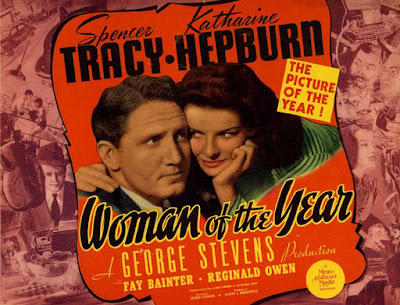 As usual, there were some great choices for morning screenings: Once Upon a Time in the West (1968), The Black Stallion (1979), Woman of the Year (1942), A Midsummer Night’s Dream (1935), and Tunes of Glory (1960). Once again, all of the choices were worth seeing on the big screen. I chose Woman of the Year, which was an unusual choice for me because I’m not a huge fan of Spencer Tracy and Katharine Hepburn. But I am a big fan of director George Stevens and producer Joseph L. Mankiewicz (before he was writing and directing). We have Mankiewicz for bringing the two superstars together in this their first film. In attendance was actor Keith Carradine. Carradine is an engaging person and is always interesting to listen to, but I felt that some of the folks introducing movies at the festival talked more about themselves than the movies. It was fun to hear some of the stories about Carradine’s father and Hepburn, but I really wanted to hear more about the movie itself. Oh, well, we can’t have everything. I was curious how this film would play in the 21st century. There have been a lot of modern critiques of the film that say Stevens degraded Hepburn’s character at the end, but I’ve never felt that was so. The digital print looked beautiful on the big screen. The writing, acting, and direction was excellent; I truly enjoyed this film on the big screen with an appreciative audience. 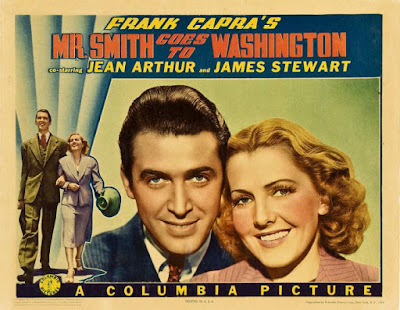 Next was another film that I had never seen from beginning: Frank Capra’s Mr. Smith Goes to Washington (1939). Capra who helped James Stewart become the iconic movie star he is today, worked with Stewart the year before in You Can’t Take it With You. Stewart was under contract to M-G-M, but hadn’t been mostly relegated to playing supporting roles in a variety of film genres, including musicals! Who could forget Stewart serenading Eleanor Powell in Born to Dance (1936)? On loan to Columbia, Stewart as Jefferson Smith has his best role to date. He also earned his first Best Actor Academy Award nomination. Costarring with Stewart was Capra favorite, Jean Arthur who gets top billing since she was the bigger star at the time. Just as it was in You Can’t Take it With You, Arthur and Stewart’s chemistry was just perfect. As Mr. Smith’s assistant, Arthur is amazing; the role and the movie wouldn’t have been the same in the hands of a lesser actress. As usual, Capra cast all the supporting roles perfectly. We get to see some of the best character actors in the business, including Thomas Mitchell—what a great year he had in 1939!--, Beulah Bondi, Eugene Pallette, Guy Kibbee, Ruth Donnelly, Harry Carey, and Claude Rains. Amazing, right? The story about a freshman senator coming face-to-face with political corruption seems to ring true—unfortunately—with each new generation. Rather than being depressing though, the film was inspiring and reminds us what it is that makes America great…it’s people. 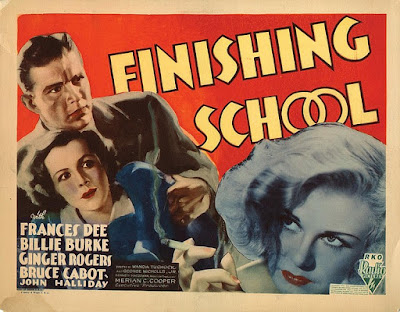 I was excited to see my next choice which was one of the “To Be Announced” films on Sunday. Finishing School (1934) was originally shown on Thursday night, but it conflicted with To Have and Have Not (1944), which I decided would be my first movie of the festival. This pre-code classic was a hoot from beginning to end. The film starred Frances Dee and Ginger Rogers as roommates in an exclusive and extremely snooty finishing school. Dee is pretty level-headed and decent, in spite of the fact that her amazingly irresponsible parents (Billie Burke and John Halliday) seem to have little interest in their daughter. Rogers is the hell raiser, always pulling pranks and breaking the rules by having parties off campus. She goes so far as to pay an actress to pretend to be a visiting aunt so she can get away from the school to party. Dee falls in love with a medical student (Bruce Cabot), but has to keep her romance a secret from the impossibly straightlaced headmistress played to annoying perfection by Beulah Bondi. Rogers gets all the best lines, many of which brought down the house. The film also featured a young Anne Shirley, while she was still billed as Dawn O’Day. Written and directed by Wanda Tuchock, who was the only woman to direct a film in the 1930s who wasn’t Dorothy Arzner. If you get a chance to see this gem, don’t pass it up; you won’t be disappointed. 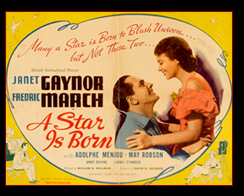 The last film I chose to end my festival was A Star is Born (1937). For my money, this is the best—it’s also the original—version of the classic story of one star’s rise another’s fall. Directed by William A. Wellman, this was a rare Technicolor treat. The nitrate print shown in the Egyptian Theatre was beautiful. The print was courtesy of the George Eastman House and the Nitrate Picture Show. Having seen so many public domain versions of this classic that were horrible, this print was a revelation. The film was introduced by the director’s son, William Wellman Jr. Janet Gaynor was delightful as Esther Blodgett/Vicki Lester and Fredric March, who was a very popular leading man at the time, was perfect as the doomed Norman Maine. The character that I loved in this version was May Robson as Esther’s grandmother. As Esther’s biggest booster throughout the film, Robson was lovable and brought some wonderful comic relief, as well as some sage advice to her granddaughter. Why the other versions didn’t keep the grandmother character, I’ll never know. The supporting cast also included Adolphe Menjou, Andy Devine, Lionel Stander, and Edgar Kennedy. I couldn’t think of a better movie to end the festival with than the original version of A Star is Born. I was not disappointed.

Posted by Stephen Reginald at 9:03 PM