After the success of They Drive By Night (1940, Lupino was emerging as a major star at Warner Bros. Bogart desperate to advance to lead roles, talked George Raft (director Raul Walsh’s first choice) out of taking the role. It proved to be his breakout performance; he would never again play second leads.

Bogart plays Roy (Mad Dog) Earle recently released from prison and eager for one big-time robbery so he can retire in comfort. Along the way, he meets Marie Garson (Lupino), a rootless young woman who falls in love with him. Planning the big heist isn't an easy job, but Roy is willing to risk it all for his one big chance at a new life with Marie. 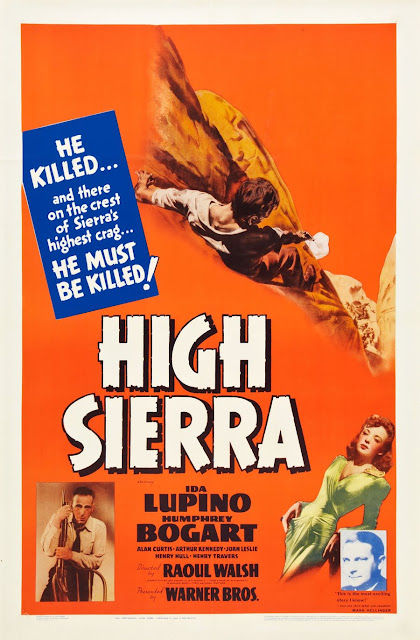 For a complete schedule of films and information on PianoForte, click the link here.

Posted by Stephen Reginald at 4:03 PM