“The Hitch-Hiker,” a taut film noir directed by Ida Lupino

The Hitch-Hiker (1953) is a film noir directed by Ida Lupino and starring Edmund O’Brien, Frank Lovejoy, and William Talman. The movie is based on the true-crime spree of psychopathic murderer Billy Cook. The cinematography is by Nicholas Musuraca (Out of the Past, The Bachelor and the Bobby Soxer, I Remember Mama).

The plot concerns two friends Roy Collins (O’Brien) and Gilbert Bowen (Lovejoy) driving down to Mexico to go fishing. On the way, they pick up a hitchhiker named Emmett Myers (Talman) whose car (stolen car) has run out of gas. Myers has committed several murders and uses Roy and Gilbert to help elude the police that is hot on his trail. Roy and Gilbert held at gunpoint by Myers try to devise a plan to survive their ordeal while plotting how they can overtake him when the time is right.

Ida Lupino (1918 – 1995) was an English-American actress, director, and producer. She appeared in over 50 films and was one of Warner Bros. biggest contract players during the 1940s starring in High Sierra (1941), The Sea Wolf (1941), and The Man I Love (1947). After she left Warner Bros., Lupino formed her own production company, producing, writing, and directing films that tackled subjects the big studios wouldn’t touch. During the 1950s, Lupino was the only female director working in Hollywood. She directed several small independent films but really made a name for herself directing for television. Lupino directed episodes of The Twilight Zone (starred in one too), The Rifleman, Bonanza, Gilligan’s Island, It Takes a Thief, Family Affair, and Columbo. In 1966, she directed her one-and-only big-budget studio picture, The Trouble with Angels starring Rosalind Russell and Haley Mills. To learn more about Lupino and her impact on Hollywood, click here. 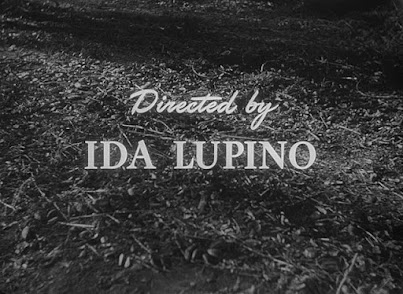 William Talman (1915 – 1968) was an American television and movie actor. He is probably best known for his role as Los Angeles District Attorney Hamilton Burger in the television series Perry Mason. Talman began his career on the stage, including Broadway productions of Beverly Hills, Spring Again, and A Young Man’s Fancy. In their review of The Hitch-Hiker, The New York Times took notice of Talman's performance stating that “William Talman, as the ruthless murderer, makes the most of one of the year’s juiciest assignments.”

To join us for a discussion of the film on Zoom October 27, 2020, at 6 p.m. Central Time, click on the link to RSVP and get invitation details.

Posted by Stephen Reginald at 10:20 AM