“Shadow of a Doubt”: Hitchcock’s Favorite 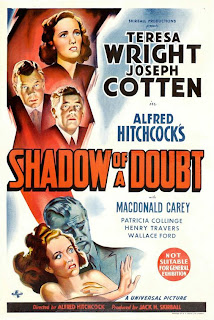 ’s personal favorite of all his films, Shadow of a Doubt

When Uncle Charlie (Joseph Cotton) travels west to visit his sister and her family, the sleepy town of Santa Rosa is never the same. Handsome and debonair, Uncle Charlie is idolized by his young niece Charlene “Charley” Newton (Teresa Wright) who has become disenchanted with her small-town life. Uncle Charlie represents glamour and excitement to young Charlie and she craves his attention.

As word spreads about a man they call the Merry Widow murderer, Charley suspects that he and her beloved uncle to be one in the same. When she is befriended by a government agent investigating the case, Charley is faced with some tough choices. Does she cooperate, putting her uncle at risk, and upsetting her mother? By getting closer to her uncle, does she put her own life at risk? 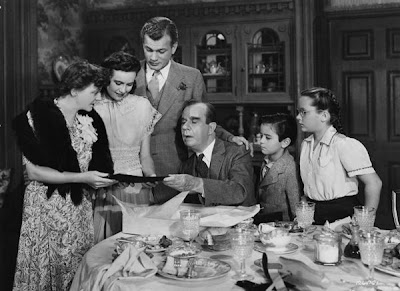 With the help of playwright Thorton Wilder (Our Town

) and screenwriter Sally Benson (Meet Me in St. Louis

), Hitchcock created a truly suspenseful film. Shadow of a Doubt demonstrates one of Hitchcock’s favorite themes: evil can lurk in the most unlikely and innocent of places…within our own towns or cities and among our own families.

Posted by Stephen Reginald at 9:10 PM