Great films of 1939: "Love Affair" October 1 at the Daystar Center

French painter Michel Marnet (Boyer) and American singer Terry McKay (Dunne) meet aboard a transatlantic ocean liner. Both are engaged, but they are attracted to each other and spend considerable time together. They quickly become the talk of the ship so the two try to be more discreet by eating alone and avoiding being seen together. The ship stops in Madeira where they visit with Michel’s grandmother Janou (Maria Ouspenskaya). His grandmother loves Terry and she wants Michel to settle down and marry her. 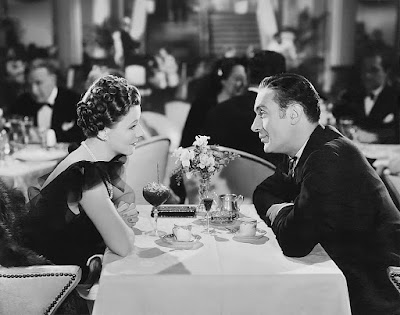 When they arrive in New York City, Michel and Terry agree to meet at the top of the Empire State Building in six months. Six months is the amount of time Michel needs to decide if he can drop the playboy life and support a relationship with Terry.

Remade with Cary Grant and Deborah Kerr as An Affair to Remember (1957) and although charming in its own right, it has nothing on the original, which is rarely seen. The film was nominated for six Academy Awards including Best Actress (Dunne), Best Supporting Actress (Ouspenskaya), and Best Writing, Original Screenplay (Mildred Cam and McCarey).

Daystar Center located at 1550 S. State St. works through a grassroots network of collaborations and partnerships with individuals and other nonprofit organizations. Through this web, they’re able to provide educational, cultural, and civic activities that enrich and empower their clients, guests, and community members. To learn more about classes and events offered at the Daystar Center, please visit their Web site.
Posted by Stephen Reginald at 5:39 PM