Friday the 27th was the first full day of the TCM Film Festival. It started early, with screenings starting at 9 a.m. There were three good choices: The Merry Widow (1934), Strangers on a Train (1951), and Intruder in the Dust (1949). 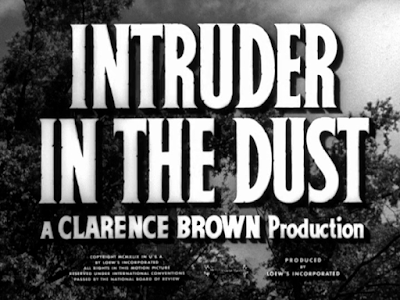 I would have liked to have seen The Merry Widow, since I really enjoyed Maurice Chevalier and Jeanette MacDonald in One Hour with You (1932) at last year’s festival. I’ve seen Strangers on a Train numerous times, but you can never watch a Hitchcock film too many times, right? However, I decided to see Intruder in the Dust, a movie I hadn’t seen in decades. Based on a novel by William Faulkner, the movie features a great cast headed by David Brian, Claude Jarman Jr, and Juano Hernandez. Directed by M-G-M’s top director, Clarence Brown, the movie concerns a black man threatened with lynching when he’s accused of murder. The movie was filmed entirely on location in Oxford, Mississippi, using locals as extras. The other standout in this perfectly cast movie is Elizabeth Patterson—immortalized as Mrs. Trumbull on I Love Lucy—as an elderly woman who helps lawyer Brian and teenager Jarman prove Hernandez’s innocence. Film historian Donald Bogle introduced the movie. He interviewed star, Claude Jarman Jr., which was a great treat. 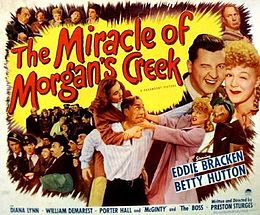 Next up starting at 11:30 a.m. were some more great movies to choose from: Witness for the Prosecution (1957), My Brilliant Career (1979), The Charge of the Light Brigade (1936), and The Miracle of Morgan’s Creek (1944). All of these movies are worth watching, in my opinion, but I decided I wanted to laugh so I went to see The Miracle of Morgan’s Creek. Preston Sturges was a huge hit last year with The Palm Beach Story (1942) at the Chinese. I was sure The Miracle of Morgan’s Creek would be just as big a hit this year. And indeed it was. Even though I’ve seen this film numerous times, I was laughing out loud and actually crying at the end from laughing so long. It was the prefect film to see with an audience that thoroughly enjoyed this timeless classic. 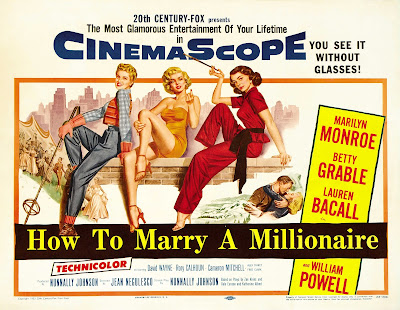 At 2 p.m., another round of great films were screened: Sounder (1972), The Set Up (1949), A Hatful of Rain (1957), Blessed Event (1932), and How to Marry a Millionaire (1953). Out of all these great films, I chose How to Marry a Millionaire because I’ve never seen it from beginning to end. The digital presentation was flawless. The Technicolor was eye-poppingly beautiful. The interplay between the three stars: Betty Grable, Marilyn Monroe, and Lauren Bacall was terrific. Bacall’s characterization was the most fleshed out, I thought. The Cinemascope classic featured great support from David Wayne, Rory Calhoun, Cameron Mitchell, and the legendary William Powell.

At 5 p.m. it was no contest. As soon as I saw that they scheduled Three Smart Girls (1936), I planned on seeing this gem on the big screen no matter what. The movie that launched the career of Deana Durbin was a hoot and featured a young Ray Milland, alongside veteran character actors Binnie Barnes, Charles Winninger, Alice Brady, and Mischa Auer. Bob Koster, director Henry Koster’s son, introduced the film. Universal Studios was on the verge of bankruptcy when Three Smart Girls was released. The film was such a huge success—it was even nominated for Best Picture—that it’s attributed with saving the studio from disaster. Durbin went on the make more hits for Universal until she abruptly retired from the movies and left Hollywood in 1949 at the ripe old age of 28.

As it got later in the evening, there was another easy choice for me, even though the other films in competition—The Exorcist (1973), Romeo and Juliet (1968), Point Blank (1967), and Will Success Spoil Rock Hunter? (1957)—were all worth seeing.

The Technicolor wonder that is Leave Her to Heaven (1945) was my choice from the beginning. The opportunity to see this film in a nitrate print at The Egyptian Theatre was a rare treat. The melodrama starring Gene Tierney, Cornell Wilde, and Jeanne Crain is based on Ben Ames Williams’s best-selling novel of the same name. It was Twentieth Century-Fox’s biggest box office success until The Robe (1953). The supporting cast featured a pre-horror Vincent Price and Ray Collins. Tierney—looking amazing in Technicolor—playing  the insane Ellen Berent was nominated for Best Actress, but lost to sentimental favorite Joan Crawford.

Posted by Stephen Reginald at 7:46 PM