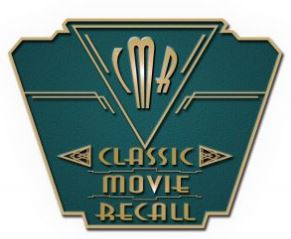 The podcast is hosted by Lara Scott and James Moll. Scott is a radio personality and can be heard daily on one of Southern California’s most popular radio stations, K-Earth 101. Moll is a documentary filmmaker and has earned an Oscar, two Emmys, and a Grammy. Both have personalities to spare and have very pleasant speaking voices—an important asset if you’re hosting a podcast.

Here’s how the podcast works: Lara and James watch a classic film and then get together to discuss it. Individually they can award each film a total of 50 points. After they give their individual score, they add them up for the film’s final combined score. For example, James and Lara watched and commented on Meet Me In St. Louis (1944). Lara gave the film 48 points. James gave the film 47 points for a total score of 95, which is very respectable.

What makes the podcast fun is the interplay between Lara and James. They’re both funny and knowledgeable and don’t drag things out. Each podcast averages about 20 minutes, which I find ideal. And they pack a lot into that short timeframe. Sometimes they’ll have a special guest, like Turner Classic Movies weekend host, Dave Karger who shared his love for The Man Who Came to Dinner (1942). In fact, he revealed that it’s his “hands down” favorite classic movie comedy. And then there’s producer Melanie Hooks who is always on hand for a voice clip featuring an important piece of dialogue or some interesting facts about a film’s production.

I was excited to find one of my favorite movies featured: The Best Years of Our Lives (1946). It stars Dana Andrews, my favorite actor from Hollywood’s Golden Age, in a performance that should have won him at the very least an Oscar nomination. Like me, Lara was surprised to discover that Andrews was overlooked at Oscar time. The film has a wonderful cast that includes Myrna Loy, Fredric March (Oscar-winner for Best Actor for The Best Years of Our Lives), Virginia Mayo, and another favorite of mine, Teresa Wright.

Here’s a link below to that review and don’t forget to check out all the other great movie reviews from Lara and James, who in the midst of COVID-19, along with producer Melanie, are working on some new reviews to be posted soon!

Classic Movie Recall · The Best Years of Our Lives (1946)
Posted by Stephen Reginald at 5:44 PM