Dana Andrews and Gene Tierney find out “Where the Sidewalk Ends”

Where the Sidewalk Ends (1950) is an American film noir directed and produced by Otto Preminger and starring Dana Andrews and Gene Tierney. The screenplay was written by Ben Hecht and the cinematography was by Joseph LaShelle.
Mark Dixon (Andrews) is a tough New York City cop who was demoted due to excessive force in the line of duty. During a routine investigation with a witness to a crime (a possible murder), things go terribly wrong. When Dixon questions Ken Paine (Craig Stevens), a drunk Paine becomes angry and starts a fight. Defending himself, Dixon punches Paine who falls and hits his head, killing him instantly. In a panic, because of his recent demotion and fearing his career would be over if he told his superiors, Dixon disposes of Paine’s body.
Paine’s estranged wife, model Morgan Taylor (Tierney), is brought in for questioning because she too was a possible witness to the murder. Morgan’s husband used her as “bait” to lure a Texas tycoon to a floating crap game at mobster Tommy Scalise’s (Gary Merrill) apartment. The tycoon ends up dead and it looks like Scalise was trying to pin it on Paine. When circumstantial evidence gets Morgan’s father (Tom Tully) arrested for the murder of his son-in-law, Dixon finds himself with a moral dilemma, complicated by his attraction to Morgan.
Will Dixon come clean and face the consequences or will he let Morgan’s father take the fall? 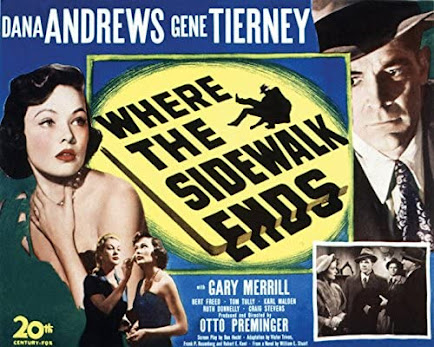 Otto Preminger (1905 -1986) was an American film director who made more than 35 feature films during a five-decade career. Born in Austro-Hungarian into a Jewish family. Preminger was drawn to acting from an early age and became the apprentice of famed stage director Max Reinhardt. In 1935, he was recruited by Twentieth Century-Fox to apprentice as a director at the studio. After a rocky start, Preminger established himself as an A-list director after Rouben Mamoulian was fired from Laura (1944). The film noir classic made major stars of Gene Tierney and Dana Andrews and is considered one of the best film noirs of all time. While under contract to Fox, Preminger directed Fallen Angel (1945), Centennial Summer (1946), Forever Amber (1947), and Daisy Kenyon (1947). After he left Fox, Preminger became a maverick, constantly clashing with members of the Production Code. He released two films without the approval of the Production Code: The Moon is Blue (1953) and The Man with the Golden Arm (1955). Both films were financial successes and helped bring an end to the Code entirely. Later successes for Preminger include Anatomy of a Murder (1959) and Exodus (1960). 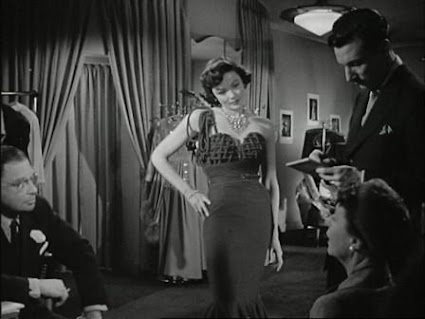 Gene Tierney (1920 – 1991) was an American actress. Tierney got her start on the stage where she played the ingenue lead in The Male Animal. She was spotted by 20th Century-Fox Studio head Darryl F. Zanuck and he offered her a movie contract. Zanuck said that Tierney was the most beautiful woman in the movies. Tierney proved that she could carry a film not completely based on her beauty in films like Laura (1944) and Leave Her To Heaven (1945) for which she was nominated for her first and only Best Actress Academy Award. Other important films include The Razor’s Edge (1946), Dragonwyck (1946), The Ghost and Mrs. Muir (1947), The Iron Curtain (1948), Whirlpool (1949), and The Mating Season (1951). In the late 1940s, she struggled with mental illness which negatively affected her career. After 1955’s The Left Hand of God, Tierney was off the screen until Advice & Consent (1962). She appeared in two films after that, but her career in film effectively ended in 1964 after a guest appearance in The Pleasure Seekers.
Where the Side Walk Ends trivia:
To watch the film on YouTube, click the link below.

Why watch this film?
The film has a reputation as one of the first, if not the first, of the “bad cop” films.
Dana Andrews delivers a great multi-layered performance as Dixon.
Otto Preminger was a master of the film noir genre and this is one of his best.
It’s the last time Andrews and Gene Tierney appeared together on film. 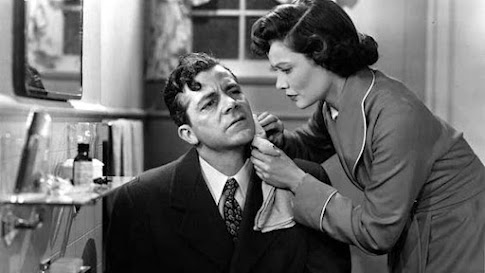