Brute Force (1947) is an American film noir directed by Jules Dassin and starring Burt Lancaster, Hume Cronyn, and Charles Bickford. The film also stars Yvonne De Carlo, Ann Blyth, and Ella Raines. The screenplay was by Richard Brooks, the cinematography was by William H. Daniels, and the music was by Miklos Rozsa.

After returning from solitary confinement, Joe Collins (Lancaster) plans his escape from Westgate Prison, along with some of his fellow prisoners. Along with his plans for escape, are his plans to get even with Captain Munsey (Cronyn) the sadistic chief of security. 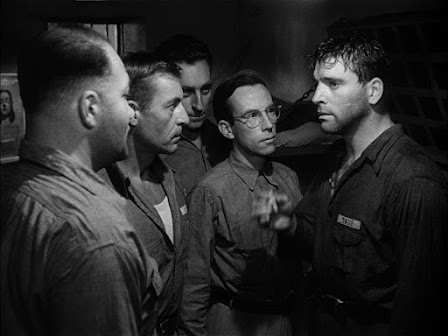 Jules Dassin (1911 – 2008) was an American film director. He got work as an assistant director at RKO and then moved to M-G-M where he directed short subjects. Dassin directed the film noir classics Brute Force (1947), The Naked City (1948), and Thieves’ Highway (1949). He was blacklisted because of his once being a member of the Communist Party so he left the United States for Europe where remained for the rest of his life. He was married to Greek film actress Melina Mercouri.

Hume Cronyn (1911 - 2003) was a Canadian film and stage actor, as well as a writer. He and his wife Jessica Tandy often worked together on stage, film, and television. Cronyn's first film role was in Alfred Hitchcock's Shadow of a Doubt (1943), which began a long working relationship with the famed director. Cronyn appeared in Hitchcock's Lifeboat (1944) and worked on the screenplays of Rope (1948) and Under Capricorn (1949). In 1944 he was nominated for a Best Supporting Actor Oscar in The Seventh Cross. Other Cronyn films include The Postman Always Rings Twice (1946), Sunrise of Campobello (1960), and  Cleopatra (1963).

Charles Bickford (1891 - 1967) was an American actor who is best remembered for his supporting roles in films like The Farmer's Daughter (1947), Johnny Belinda (1948),  A Star is Born (1954), and The Big Country (1958). Bickford was nominated for three Best Supporting Actor Academy Awards between 1943 - 1948. During the 1950s and 1960s, Bickford staring appearing on television on shows like Wagon Trian, The Barbara Stanwyck Show, and The Virginian. 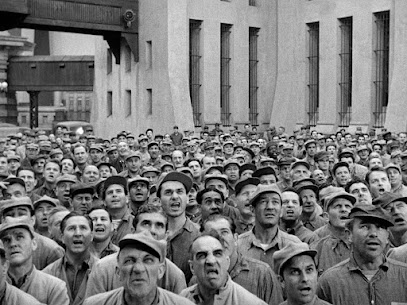 Posted by Stephen Reginald at 12:37 PM