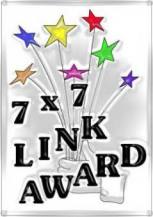 Paula’s Cinema Club tagged me with a 7 x 7 Link award. I have a hard time getting myself organized for these posts, but I was able to find some time to get this done. Similar to the Liebster Award, it’s aim is to help folks “get to know” your blog.

The 7 x 7 Award highlights a blogger’s favorite pieces of work and is passed on to others so that they too can do the same as a way to promote posts and/or blogs.

1.Tell everyone something that no one else knows about you.
I was a painfully shy kid. I avoided having contact or conversations at all costs. I would go so far as to walk a block out of my way so I wouldn’t have to say hello or speak to someone. That’s obviously changed. Now it’s hard to shut me up!

2. Link to one of the posts that I think best fits the following categories: 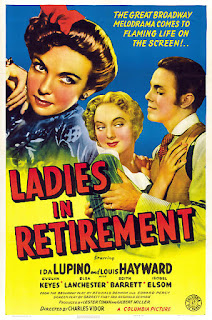 a. Most beautiful piece: Beautiful is a lofty word for a blog post, but one of my best posts was for the Ida Lupino blogathon, “Ida Lupino: A Lasting Legacy in Hollywood.” A big fan of Lupino’s, it gave me a reason to write the post. I was very happy with the results and the response from readers.

b. Most helpful piece: I think my most helpful piece is from a series of post I started called “Classic Films in Context.” I examine a classic film in the context of when it was released, how it was received, and what makes it significant today. The first film I featured was the 1931 version of Cimarron starring Richard Dix and Irene Dunne. Dunne was nominated for Best Actress (first of a total of five nominations) and it’s the film that made her a superstar. Within a year, she totally eclipsed the top-billed Dix, going on to successes in musicals, dramas, and comedies. 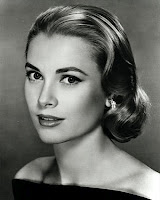 c. Most popular piece: By far, my most popular piece is “Becoming Grace Kelly,” a post I wrote in April 2010. It’s had over 6,300 reads, which is mind-boggling to me. The irony is I’m not the biggest Kelly fan—although I am one—in the world. I just thought a lot of people would be interested in a post on the movie star who became a princess, but I never imagined it would be this successful. I timed it to release with the exhibit of her clothes and accessories at the Victoria and Albert Museum in London that year. Almost every month, it’s in the top-five of my most read posts.

d. Most controversial piece: I don’t think I have many controversial posts, but my post on The Hunger Games for the Future Classic Movies blogathon got some interesting conversations going when it was picked up by Movie Fanfare, the blog hosted by Movies Unlimited. Folks were talking big theological issues, which was an area I never touched on, nor did I really consider when writing the post. 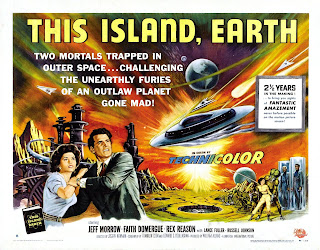 e. Surprisingly successful piece: Besides the Kelly post already mentioned, my post on the science fiction classic This Island Earth is another one that ends up in the top-five posts for the week, every once in a while since first posted June 2011.

f. Most underrated piece: “The Truth About “Mr. and Mrs. Smith,” a screwball comedy starring Carole Lombard and Robert Montgomery hasn’t gotten a lot of love, so to speak. I’m a big fan of Lombard and this comedy, directed by Alfred Hitchcock, of all people. It can stand next to the screwball comedies directed by Howard Hawks, Preston Sturges, and Gregory LaCava any day, in my opinion. 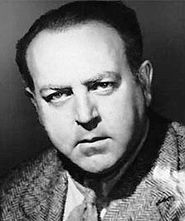 g. Most pride-worthy piece: “Val Lewton: The genius nobody knows” is a post I’m very proud of. Lewton is someone who deserves more recognition. His movies influenced just about every filmmaker working today, including Martin Scorsese who produced a documentary on Lewton several years ago. Honorable mention: “Mitchell Leisen: The Best Director Nobody Knows.” This was my first post to be picked up by Movie Fanfare.

3. Pass this award on to seven other blogs/bloggers:

More blogs/bloggers worthy of the award:

If you’ve already gotten a 7 x 7, please feel free to pass it along to the deserving blogger of your choice.

Posted by Stephen Reginald at 11:01 AM