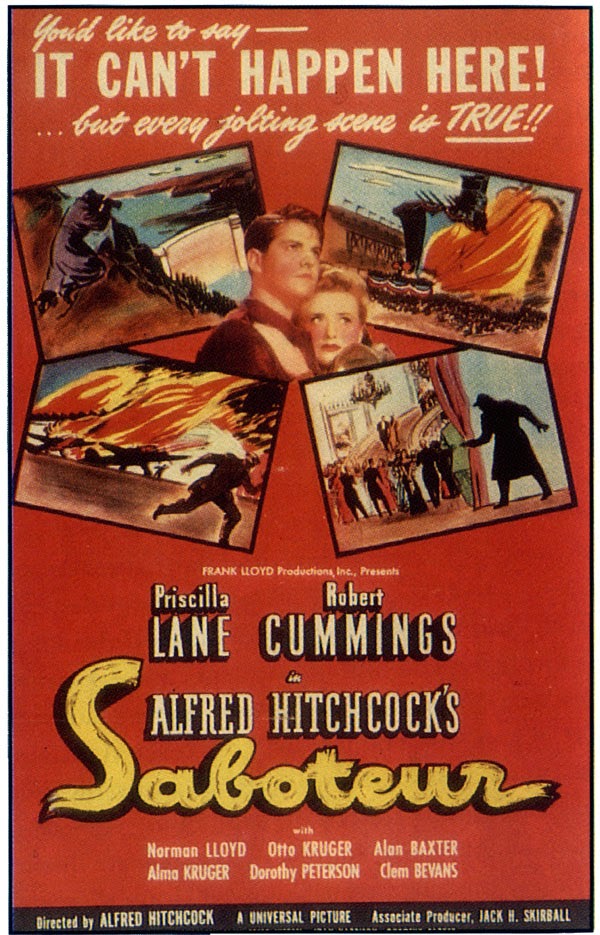 Alfred Hitchcock’s 1942 thriller stars Priscilla Lane and Robert Cummings. Cummings plays Barry Kane, a Los Angeles aircraft factory worker who suspects the plant has been bombed by a foreign agent. Kane’s best friend is killed in the conflagration and is wrongly accused of sabotage. Along the way, Kane meets a model Patricia (Pat) Martin (Priscilla Lane). The two begin a cross-country journey in an attempt to prove Kane’s innocence and to stop more bombings planned throughout the United States.

No looking back
New York Times movie critic Bosley Crowther said in his May 8, 1942 review that “Saboteur is a swift, high-tension film which throws itself forward so rapidly that it permits slight opportunity for looking back.”

Posted by Stephen Reginald at 8:03 PM