Classic Films in Context: Gone With The Wind 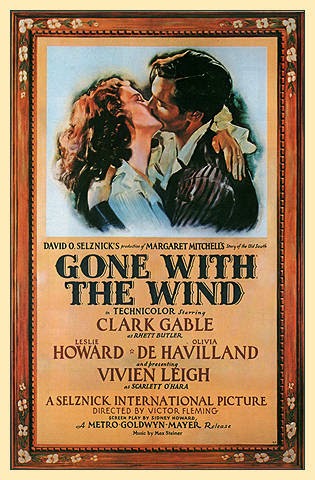 I decided to write this post about Gone With The Wind after I read “When It Comes To ‘Gone With The Wind,’ Do Kids Today Give A Damn?” at the NPR Web site. The article suggests that the 1939 Best Picture Winner hasn’t aged well. The author of the piece, Neda Ulaby interviewed 13 students studying film at Georgetown University. Ulaby assures us these students are “serious about movies” to support her thesis.

Not so critical analysis
Apparently the fact that the story took place during a time when it was legal to own slaves makes the film unworthy of any respect or a full viewing according to Georgetown film student Mike Minahan. This is what Minahan has to say about Gone With The Wind: “Everything I’ve seen about it says it, like, glorifies the slave era ... and I dunno, what’s the point of that? I don’t see that as a good time in history. ... like, oh, sweet, a love story of people who own slaves.” Notice the “Everything I’ve seen about it” portion of the quote. Did Minahan watch the film in its entirety? Is he basing his opinion, one that Ulaby says most of his fellow Georgetown film students agree with, on the opinions of others? Shouldn’t a film student be more critical in his analysis? Films are like history; they need to be put into context. 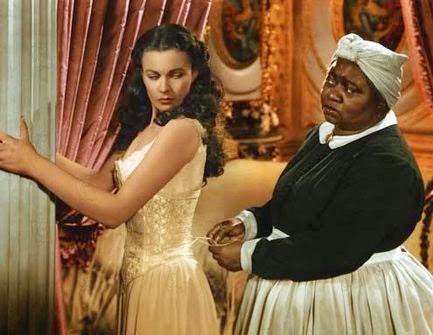 It’s Scarlett's point of view
We see Gone With The Wind through Scarlett O’Hara’s (Vivien Leigh) point of view. If the film were told through Mammy’s (Hattie McDaniel) point of view, for example, we’d have an entirely different film. But it’s Scarlett’s movie and it’s her story warts and all. Is plantation life romanticized in the film? Yes, but then again, it’s pretty typical for the past to be thought of fondly in the face of some pretty stark reality (like the American Civil War); it’s human nature. What Gone With The Wind makes clear is that war is always tragic and that personal relationships (and land if you’re Gerald O’Hara) are all that really matter in life. Unfortunately for Scarlett, she learns that lesson too late. 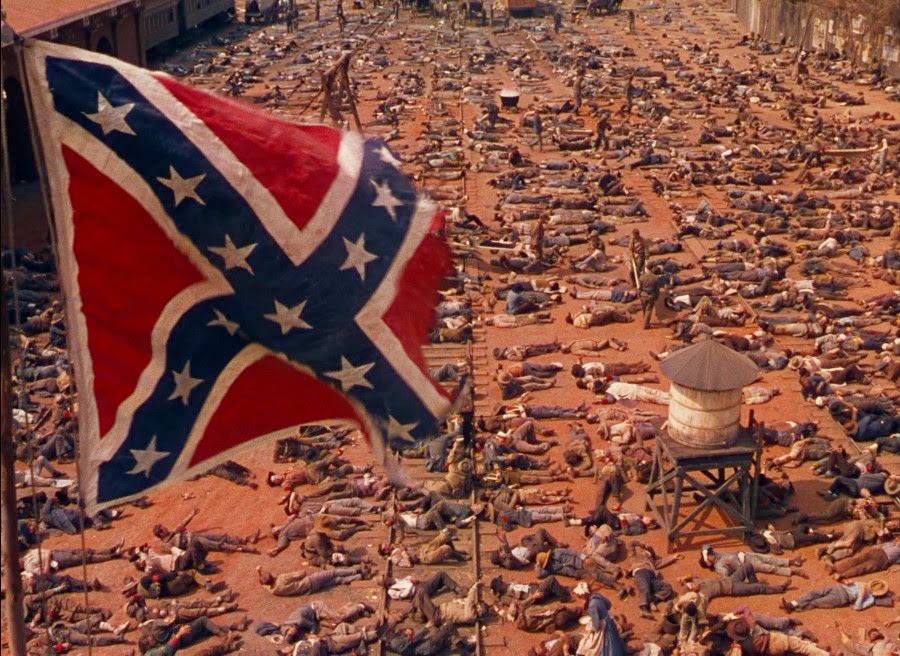 From a technical aspect, I was amazed at how well Gone With The Wind has aged. The fact that a film released in 1939 can hold its own against contemporary epics is in itself remarkable. Ernest “Ernie” Haller’s Oscar-winning cinematography is quite compelling. Who can forget the shot of Scarlett at the Atlanta train station as she walks among the wounded and the dead. At first the camera is close on Scarlett and you only see a few men on the ground. But then the camera pulls back and the number of the wounded and dead on screen is staggering. It’s one of the greatest visuals in all of cinema. And what about the scene of people fleeing Atlanta? How they were able to choreograph the action with star Leigh, not a double, moving against the crowds and running in front of horses and carriages we’ll never know. But on the screen it’s terrific.

Life is troubling
One of the other aspects that the film students find troubling is the scene of marital rape. It is a troubling scene, but put in context it’s true to the marital conventions of the time. The relationship between Rhett Butler (Clark Gable) and Scarlett is indeed a complicated one. I wonder if the same students would refuse to watch Alfred Hitchcock’s Marnie or Clint Eastwood’s High Plains Drifter? 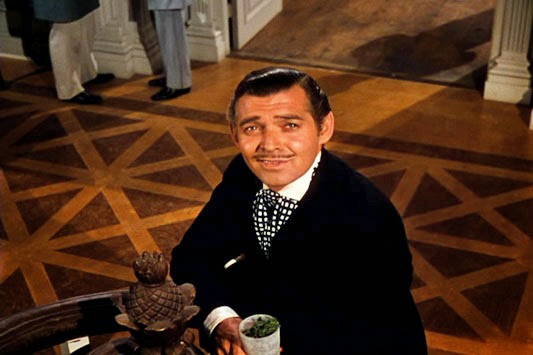 Award-winning performances
The performances in Gone With The Wind are solid. Leigh’s portrayal of Scarlett is fresh, lively, and contemporary. The same can be said for Gable’s portrayal of Rhett. In the hands of Olivia de Havilland (still with us at 97!), Melanie Hamilton is not quite the “mealy mouth ninny” that Scarlett accuses her of being. And who can forget Hattie McDaniel as Mammy? She goes toe-to-toe with Scarlett, always speaks her mind, and is nobody’s fool. When did a black actress get as much screen time as McDaniel did prior to 1939?

Don’t know much about history 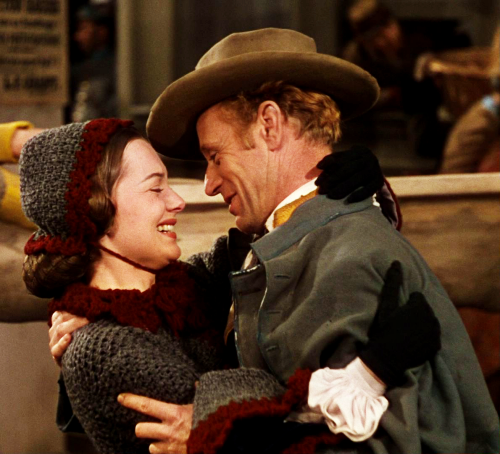 My background in educational publishing makes me suspect that today’s film students may be the product of political correctness gone amok. When I worked in school library publishing, we routinely airbrushed cigarettes, cigars, and pipes out of the hands and mouths of historical figures like FDR and pop culture icons like James Dean. We were told that school librarians wouldn’t buy our books if we left these photos intact. This is also the case in contemporary textbook publishing. Instead of explaining that in the not so distant past people didn’t think smoking was a serious health issue and open up a dialogue on the subject, it’s ignored entirely. For many, the history they’ve been taught has been sanitized to the point where it’s not history at all, but instead someone’s fantasy of what history should be. It’s also disturbing the way we in the 21st century look down on people in the past with a superior attitude. As if we would have been any different in our thinking than Scarlett, Rhett, Ashley, and Melanie had we been born during the 19th century.

They’ve got a lot of living to do
What the NPR piece revealed is a group of film students who are unwilling to look at what might be disturbing or upsetting to their worldview. This seems contrary to the whole point of studying film, which is in many ways, studying our history. Perhaps those 13 Georgetown film students need to experience a little more of life to have an appreciation for a classic like Gone With The Wind. And frankly, I do give a damn.