Producer Val Lewton is not a household name, but during the 1940s, he produced some of the best horror films to come out of Hollywood. Under tight studio budgetary constraints, Lewton thrilled and scared audiences without resorting to cheap shock or senseless gore. Instead he created interesting and realistic characters, developed literate scripts, and worked with some of the best developing talent at RKO studios. Some of the people Lewton employed included directors Robert Wise (West Side Story, The Sound of Music) and Mark Robson (Bridges at Toko-Ri, Peyton Place). Lewton influenced such famous directors as Martin Scorsese and William Friedkin. The former even produced a documentary on Lewton in 2007 called Val Lewton: Man in the Shadows.

Below is a list of nine classic Lewton-produced horror films in order of their initial release dates. All of these classics are available via Netflix, Amazon, and your neighborhood video store. 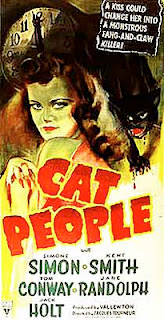 1. Cat People (1942)—This is the first horror film Lewton produced and some consider it his best. A young artist, Irena Dubrovna, is convinced that she is the victim of an ancient curse that turns its women into panthers once they enter a romantic relationship. The film contains two classic scenes: One in New York’s Central Park, where one of the main characters finds herself being stalked and another in an indoor swimming pool. These atmospheric scenes made 1940s audiences scream in terror and they still work today in the sophisticated 21st century.

2. I Walked With A Zombie (1943)—This film was in production before Cat People was released and it set in motion a host of imitators. Borrowing its plot from Jane Eyre, Zombie is set on a remote plantation in the West Indies. White and native cultures clash and family secrets are revealed on the exotic and mysterious island of Saint Sebastian. Classic scenes: The heroine, a young nurse named Betsy, meets her patient in a most unusual manner and a night walk with her “zombie” patient through the sugar cane stalks, to visit a voodoo priest. Director Jacques Tourneur (Out of the Past, Curse of the Demon) considered I Walked With A Zombie his best film. 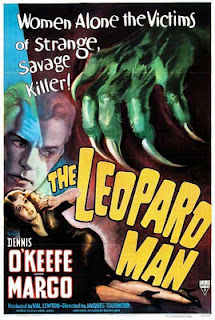 3. The Leopard Man (1943)—Released on the heels of Zombie, the film starts out with two competitive women entertainers (Clo-Clo and Kiki) working side-by-side in a New Mexico club. Thinking she needs a little more pizzazz, Kiki introduces a beautiful black leopard to her act. Unfortunately, the leopard is frightened by the crowd and runs away. Shortly after, women end up dead, apparently killed by the escaped leopard. Is it really the leopard doing the killing or is something else going on? Classic scenes: Without giving too much away, one involves a train and the other a locked door. The latter gave us one of the screens most iconic horror scenes ever filmed.

4. The Seventh Victim (1943)—The RKO movie factory was working at full tilt, with Lewton releasing four films in 1943! The plot of The Seventh Victim surrounds a businesswoman named Jacqueline who aligns herself with a Satanic cult in order to gain success and power. Eventually, she decides that she wants out. The cultist will let her go—if she agrees to commit suicide. Jacqueline tries to escape, but finds the cultists mean business. Classic scenes: Jacqueline’s younger sister Mary discovers strange activity on a New York City subway and Jacqueline encounters a cultist on a deserted back alley. 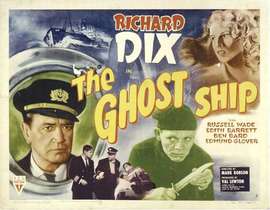 5. The Ghost Ship (1943)—Concerns a demented and vindictive freight ship captain (Richard Dix) and his sinister attempts to dominate his crew. The onboard claustrophobia adds to the scary mood Lewton and director Robson established. Classic scenes: Without giving too much away, one involves an anchor and chain and the other an unsecured hook. Are you curious how this all turns out?

6. The Curse Of The Cat People (1944)—With the runaway success of Cat People, it was inevitable that the studio executives would demand a sequel. Lewton, ever the clever and creative man, produced this psychological masterpiece, which gave Wise his first directorial credit. The film concerns a shy young girl named Amy who imagines that her secret friend is the now deceased Irena from the original Cat People. Classic scenes: Amy lost in a snowstorm as she is “pursued” and an old woman’s scary storytelling. 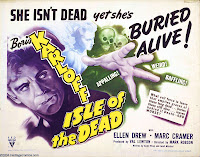 7. Isle Of The Dead (1945)—Boris Karloff, fresh off his Broadway triumph in Arsenic and Old Lace, entered into a three-picture deal with RKO. Instead of playing monsters, which he had grown tired of at rival studio Universal, Karloff was thrilled to be able to play General Pherides quarantined on a Greek island during a suspected plague. Karloff starts off as a tough no-nonsense military man until he comes under the spell of an old caretaker woman who tells him tales of the evil Vorvolaka, an evil spirit who inhabits the corpses of the dead and whose presence brings death to those she touches. Classic scenes: Karloff slowly cracking under the pressure of the caretaker’s superstitions and menance and the premature burial of a woman who has this as her greatest fear.

8. The Body Snatcher (1945)—Karloff again is the star of this reworking of the classic Robert Lewis Stevenson story. The Body Snatcher is masterful in its creation of an absolutely creepy and mysterious mood throughout. Set in the 19th century, the plot surrounds a corrupt doctor and his complicated relationship with his grave-digging accomplice. Classic scenes: A nameless peasant woman singing sweetly in the night, her voice suddenly stopping mid-note and Karloff’s nemesis Toddy MacFarlane’s, brilliantly played by Henry Daniell, delirious carriage ride in the rain. To add to its horror movie credibility, it has Bela Lugosi (Dracula 1931), another horror film icon in a minor supporting role. 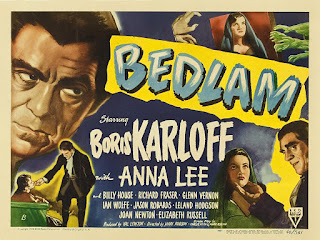 9. Bedlam (1946)—This film isn’t a horror film in the traditional sense (you could say that about all of Lewton’s films) because it is rooted in reality. During the 18th century in England, there was a notorious insane asylum: St. Mary of Bethlehem Hospital for the Insane near London. It was known as Bedlam. Karloff stars as the cruel Master Sims of Bedlam, treating patients with heartless cruelty. An outsider named Nell Bowen (Anna Lee) takes a dislike to Sims and in the process her employer who, with Sims’s help, has her confined to the asylum. There Nell, who before her confinement had led a self-centered life of ease, realizes how horrible Bedlam is and how poorly the “inmates” are treated. She develops compassion for the mentally ill inhabitants and gains their trust. Classic scenes: Nell locked in a cage with a giant of a man and Sims being carried away by the “loonies” and imprisoned behind a brick wall.

Classic Movie Man, also known as Stephen Reginald, is the creator of the South Loop Connection and Classic Movie Man blogs. A writer, editor, adult education instructor and social media strategist, he loves writing about the South Loop and classic movies. He will be teaching a class on the films of Irene Dunne at Facets Film School, Chicago, for six weeks starting November 16, 2011. Classes meet on Wednesday evenings from 7 p.m. – 10 p.m. Click here for information on how to take classes at Facets.
Posted by Stephen Reginald at 3:55 PM