Thanks to Jennifer Garlan (Virtual Virago blog) for nominating me for a Liebster Award! This is just a fun award that bloggers use to show their appreciation for each other, and I certainly am honored that she included me in her round of nominations. The rules require me to answer Jennifer’s 11 questions, list 11 things readers might not know about me, nominate up to 11 other bloggers, and pose 11 questions of my own to them. Whew! Here we go!

1. Gene Kelly or Fred Astaire?
Wow! That’s a tough choice. I enjoy them both, but I’ll have to go with Fred Astaire.
2. What’s your favorite Val Lewton film?
This is an easy one: I Walked With a Zombie is my favorite.
3. Name one book about classic movies or stars that everyone should read.
The Dark Side of Genius: The Life of Alfred Hitchcock by Donald Spoto. It’s packed with film history and stories about the movie stars Hitchcock worked with.
4. What’s the absolute worst old movie that you love anyway?
Hot Rods To Hell. It stars Dana Andrews and Jeanne Crain, both of whom I’d watch reading the telephone book (do they still exist?). 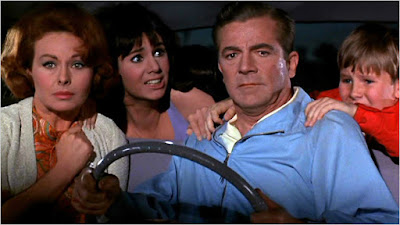 5. Who is your favorite character actor?
Thelma Ritter. I often say I don’t trust people who don’t like Thelma Ritter.
6. If you could adapt one literary work for film, which would it be and why?
The Blood of the Lamb by Peter DeVries. It’s a very personal story of one man’s journey while his daughter suffers from a fatal illness.
7. What's the last book you read?
Marilyn Monroe: A Life of the Actress by Carl Rollyson. I’m currently rereading two books on Hitchcock and Romantic Comedy in Hollywood by James Harvey.
8. Name one of your favorite movie death scenes. What’s so great about it?
Louis Bernard (Daniel Gelin) from The Man Who Knew Too Much (1956). It’s surprising and shocking and pushes the narrative forward. 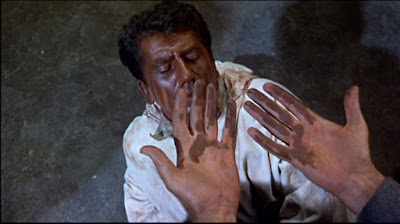 9. Who should really have gotten the role of Scarlett O'Hara?
Don’t get me started on this one! I love Vivian Leigh, but I think Joan Bennett would have made a terrific Scarlett. For her paddock scene screen test, she held nothing back.
10. Coffee, tea, or alcohol?
I’m not a big drinker, but I haven’t had coffee for almost a year, so it would have to be tea (decaf of course).
11. What's your favorite Disney movie?
Beauty and The Beast. I think the story of self-sacrifice is powerful and the animation and characterizations are wonderful.

1. I’ve lived in six states since I graduated from college: New York, New Jersey, Ohio, Pennsylvania, Washington, and Illinois
2. Dante and Christina Rossetti are distant relatives on my mother’s side.
3. I attended three colleges and changed majors three times. I eventually earned a degree in English Literature.
4. I was held up at the point of a sawed-off shotgun when I was 17. I was working behind the desk of a Holiday Inn at the time.
5. I’ve been quoted in the LA Times, Washington Post, Glamour, and The Philadelphia Inquirer due to my work in publishing.
6. I love to garden; I’m in charge of all the gardening at my condo complex.
7. I’m a volunteer docent at two house museums in Chicago.
8. I’d pay $10 for a good New York bagel right now.
9. I’d pay 5 times that amount for a New York pizza (are you detecting a theme?).
10. I was painfully shy as a child.
11. My older sister took me to see The Trouble With Angels when I was 9; I watch it whenever it’s on TCM. 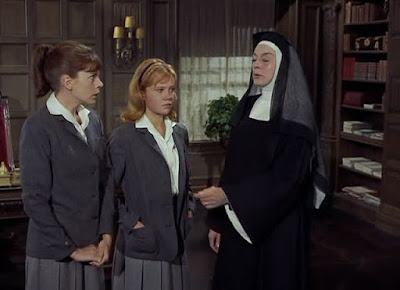 11 Questions for my nominees

1. Screwball Comedy, Film Noir, Musical or Western?
2. Jean Harlow, Marilyn Monroe or Lana Turner?
3. What film do you think is the most overrated of all time?
4. Who is your favorite film star and why?
5. Do you have a favorite movie line? If so, what is it and what movie is it from?
6. Cheesecake, apple pie or hot fudge sundae?
7. What movie star’s work do you think should get more attention?
8. What was the first film you remember seeing in a movie theater?
9. How old were you when you realized you loved movies?
10. What is the best novel-to-screen adaptation, in your opinion?
11. Is there a movie you haven’t seen that would surprise us?

Posted by Stephen Reginald at 7:07 PM