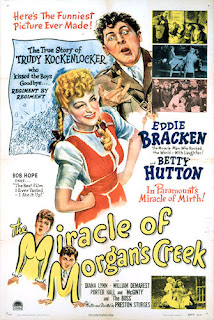 It’s getting harder and harder to find classic movies that I haven’t featured before, but I was able to come up with some “new” ones. Not all of the movies I picked this year are Christmas movies, but all have scenes set during the holidays. For a list of more holiday movie classics, see the links below. Please feel free to share your Christmas favorites in the comments section. Merry Christmas!

The Miracle of Morgan’s Creek—1944 Preston Sturges’s satirical masterpiece a Christmas movie? The comedy classic spends a lot of time tearing down and building up some sacred cows, including marriage and the military. Featuring breakout performances by Betty Hutton and Eddie Bracken, the “miracle” takes place on Christmas day!

Backstory: Considered mild stuff by today’s standards, The Miracle of Morgan’s Creek was thought to be borderline offensive (and to many moviegoers in 1944 it crossed the border) in its day.

The Lemon Drop Kid—1951 Based on a Damon Runyon short story, The Lemon Drop Kid features Bob Hope (the Kid) as a racetrack tout who gets on the bad side of gangster Moose Moran (Fred Clark) when a bet placed by the gangster’s moll goes south. If the Kid doesn’t come up with $10,000 by Christmas Eve, he “won’t make it to New Year’s,” according to Moran. The film features a great supporting cast that includes Marilyn Maxwell, Lloyd Nolan, Jane Darwell, and William Frawley. 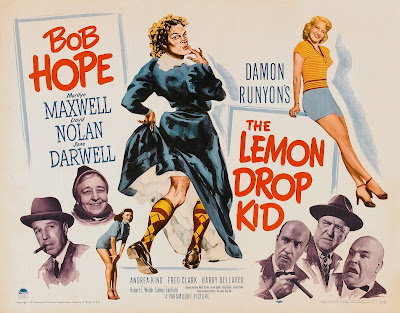 Stalag 17—1953 You wouldn’t necessarily associate this movie with Christmas, but a major event takes place on the holiday. Set in a German prisoner of war camp during World War II, the film tells the story of American airmen held there, who come to suspect that one of them is an informant. Stalag 17 features an Academy Award winning performance by William Holden (Best Actor) and tight writing and direction from Billy Wilder. How could you go wrong?

Backstory: Charlton Heston and Kirk Douglas were first considered for the role that eventually went to William Holden. 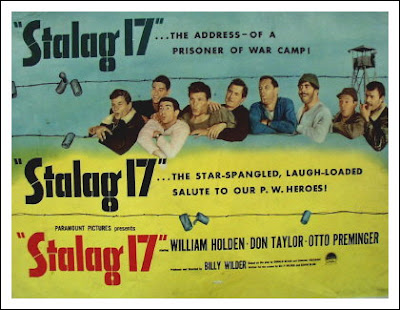 We’re No Angels 1955—Just before Christmas, three convicts (Humphrey Bogart, Aldo Ray, and Peter Ustinov) escape from Devil’s Island. They wander into a French village nearby and end up helping the Ducotel family (Joan Bennett, Leo G. Carroll, and Gloria Talbott) managers of a store in financial trouble. Will the convicts be successful in helping the Ducotels hold onto their store or will they make a break for it, which was their plan all along? The film also features Basil Rathbone as absentee store owner, Andre Trochard.

Backstory: Released by Paramount, this rare Bogart comedy was directed by Michael Curtiz who also directed Bogart in the classic Casablanca (1942) when both were under contract at Warner Bros. 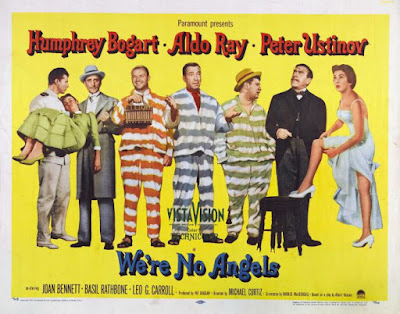 Babes in Toyland 1961—This Disney musical is based on the Victor Herbert operetta, but takes many liberties with the plot. The Technicolor production stars Ray Bolger as the evil Barnaby, Tommy Sands as Tom Piper, and Annette Funicello as Mary Contrary. Part of the plot surrounds the efforts of the Toymaker in Toyland (Ed Wynn) and his efforts and those of his apprentice, Grumio (Tommy Kirk) to make enough toys for Christmas. Will they be successful or will Barnaby foil their plans and ruin the lives of Tom and Mary?

Backstory: The movie was a financial failure and Disney didn’t make another musical on this scale again until Mary Poppins (1964), which became one of the studio’s biggest box office hits during Walt Disney’s lifetime. The was the first film in which Ray Bolger played an evil character. 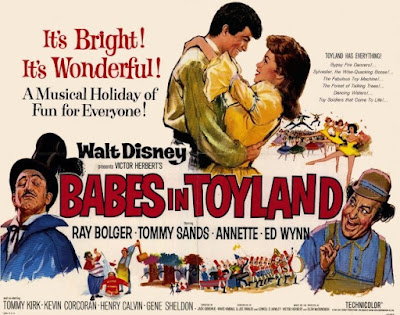