Another year, another batch of Christmas movies. Some of this year’s choices might not seem too Christmasy, but they all feature the holiday or have a Christmas theme. Having picked classic Christmas movies for about ten years now, it’s getting harder and harder to find new classics to feature. I know there are some that I haven’t seen so I’m sure they’ll be more to come.

Let me know some of your favorites in the comments below.

Three Godfathers (1936) was the second sound version of the story from the novel of the same name by Peter B. Kyne. The story is the same as the John Ford version released in 1948, Three bank robbers find a newborn baby and his dying mother in the desert. They promise to take care of her infant son as they try to flee from the law. This version stars Chester Morris, Lewis Stone, and Walter Brennan. Directed by Richard Boleslawski, the action takes place during the Christmas season. The men try to make their way back to New Jerusalem and face the consequences of their crimes and bring the young baby to safety and a chance to be raised by a local family. 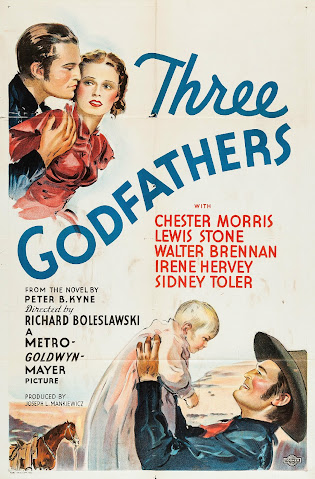 Love Finds Andy Hardy (1938) is the fourth installment in the popular Andy Hardy series and the first to give Mickey Rooney (Andy) star billing alongside Lewis Stone who played his father, Judge Hardy. The action takes during the Christmas holidays with Andy attempting to buy a car, dating a friend’s girlfriend (Lana Turner) while his friend is away, and developing a friendship with 12-year-old Betsy Booth (Judy Garland) while his girlfriend Polly Benedict (Ann Rutherford) is away. Everything goes wrong and Andy gets into one mess after another. And then there’s the added drama of Andy’s grandmother perhaps near death. Of course, all ends well, and of course, Judy gets to sing, and of course, Andy and Polly fight but make up before the final credits. In actuality, this is an enjoyable entry in the series buoyed by the extraordinary talents of Rooney and Garland. It is also interesting to see Turner before she became the blonde bombshell that she would become in just a few years. 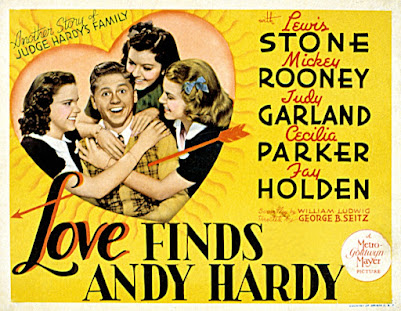 Our Vines Have Tender Grapes (1945) is a charming film starring Edward G. Robinson and Margaret O’Brien. The film centers around the lives of Norwegian-Americans farmers in Wisconsin. Also in the cast are Agnes Morehead, James Craig, Frances Gifford, and Butch Jenkins. The simple story of the Jacobson family and their everyday life and challenges is handled beautifully by director Roy Rowland. The chemistry between Robison, O’Brien, and Morehead as father, daughter, and mother is warm and believable. And of course, there is a Christmas scene with all the childhood anticipation that O’Brien can muster. 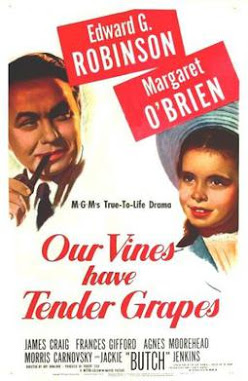 The Night of the Hunter (1955) is not what one would normally tag as a Christmas movie, but this thriller has some pivotal moments during the holiday. The film features one of Robert Mitchum’s most chilling performances as Harry Powell, a self-appointed preacher who is in search of stolen money that he is sure is in the hands of the family of a former prison cellmate. The film also features wonderful performances from Shelly Winters, Lillian Gish, and child actor Billy Chapin. Gish as Rachel Cooper is a marvel. Gish who practically invented screen acting hits all the right notes and is a perfect contrast to Mitchum’s diabolical preacher. Directed by Charles Laughton, The Night of the Hunter didn’t get the respect it deserved when first released, but its reputation has grown over the years and according to some critics is one of the best movies ever made. 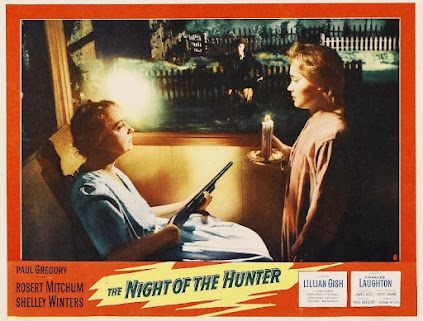